AAP deserves all support and goodwill

Tweets 1h - Savitri Era Party ‏@SavitriEraParty Not appreciating Sri Aurobindo yet is a cause of 's misery. AAP must offer intellectual leadership and not discredited Leftist ideology. 1h Karnad batted for lyrics recently and a play is more about dialogues. AAP must get down to Policy or it'd be Too many cooks spoil the broth. 1h - @indinova @mihirssharma Neither Ayodhya nor Nalanda, Pondicherry shows the way for the future through Sri Aurobindo's #5Dreams #SiddhiDay  View conversation 1h Muted response to AAP on Twitter is understandable. Ground has slipped from under many a feet and most are crestfallen. #SiddhiDay#5Dreams 2h The circuitous route that AAP has traversed before taking birth today is a masterstroke considering how perplexed Congress, BJP & Left were. 2h Thanks to AAP, there is a space now in the national politics to breathe freely beyond dynasties and dystopian fossils. #SiddhiDay#5Dreams 3h So Hisar was no misadventure. With AAP becoming a reality, connecting the dots is easier now. "Mayhem in Meham" too once made Haryana famous. 3h - @rajeerajan Many faces of Indian Democracy: Of the Bharatiya Lok Dal, By the Janata Party, For the Aam Aadmi Party. #SiddhiDay Sri Aurobindo  View conversation 7h What better opportunity than to have an inhouse psephologist for founding AAP who is also an ace theorist and stickler for ethics #SiddhiDay 7h Equally fascinating is AAP's tryst with theatre. All techniques of Asmita were adopted to change the political theatre of India.#SiddhiDay 7h AAP took birth through the midwifery of the old-, new-, and paid-media. Truly a 21st Century party that has tamed technology. #SiddhiDay 7h Machiavelli is the first political thinker to effectively separate politics from religion - by Greg Nyquist: http://selforum.blogspot.in/2007/08/machiavelli-is-first-political-thinker.html … #SiddhiDay 8h Sri Aurobindo drew on Neoplatonism, Hegelianism, and Bergson http://feelphilosophy.blogspot.in/2012/06/sri-aurobindo-drew-on-neoplatonism.html … Yoga Vashishtha and Kashmir Shaivism http://savitriera.blogspot.in/2006/10/integral-adwaita-yoga-vashishtha.html … 8h Knowing the complexities of Indian political scene, it's premature to expect firm policy grooves hewed by AAP. #SiddhiDay of Sri Aurobindo. 8h AAP deserves all support and goodwill as it occupies the crucial non-Congress, non-BJP space as an alternative with a national perspective. 8h Many faces of Indian Democracy: Of the Bharatiya Lok Dal, By the Janata Party, For the Aam Aadmi Party. #SiddhiDay Sri Aurobindo's 5-Dreams. 23h - Savitri Era Party ‏@SavitriEraParty - #SiddhiDay of Sri Aurobindo. Greetings.
Posted by Tusar Nath Mohapatra at 11:45 PM 1 comment:

Integral Yoga is no uniform potion

When it comes to The Mother & Sri Aurobindo and Integral Yoga, one feels like Condoleezza Rice remarking “The fact of the matter is I've been black all my life. Nobody needs to tell me how to be black.[125]” Like Socrates’ "examined life,” The Mother’s stress on avoiding the misery of an “aimless life” is perhaps the most basic rule for an aspirant. For a major stretch in life, however, many mistake earning livelihood for the aim although the profession provides the opportunity for flowering of talent, nurturing creativity, and moulding of subjectivity. The resultant individuality, identity, and social mobility, however, do exert a mesmerizing effect whereby the chance of coming face to face with choosing an aim or confronting one’s own real self head on is always deferred. Drawing satisfaction from some substitute as compensation is, of course, forced by subsistence compulsions.

Traditional canons of conduct conveniently contain predominantly direct correspondence between ethical life and action and liberation. But non-linear Integral Yoga Ontology and its spiral evolution paradigm is more prone to post-modernist rapprochement with tentativeness, contingency, and uncertainty of interpretation. This is no logic to condone misconduct (for, the elephant is Brahman and so is the mahut) but the paramountcy of context is never emphasized more elsewhere. The tenet, All life is Yoga, therefore, assumes unprecedented significance against this backdrop. Like the Shatadala or a Sahasra-bahu (called Saas-bahu erroneously in colloquial fashion) temple, the interdependence, interconnection, and economy within a collectivity is thrown into sharp relief. Integral Yoga, thus, is no uniform potion; but rather an arena for experimenting with life along the known tracks and with notions yet unpracticed. [TNM55] 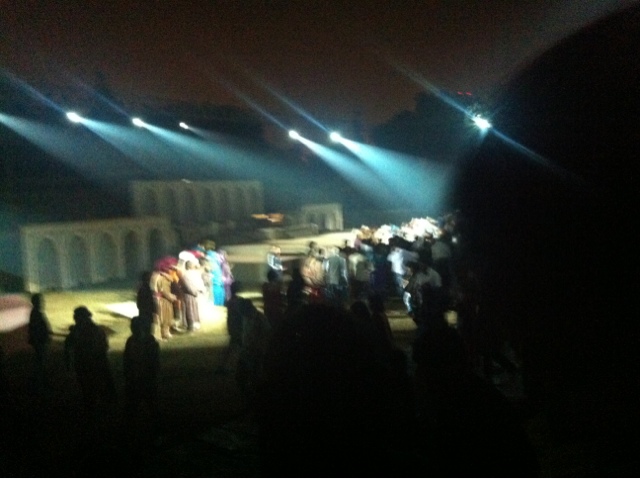 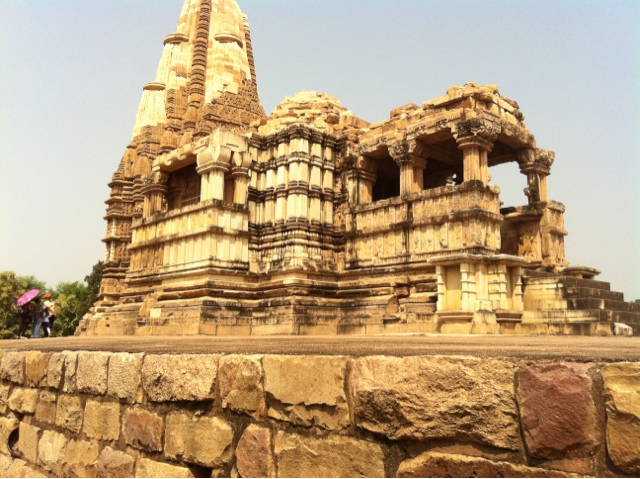 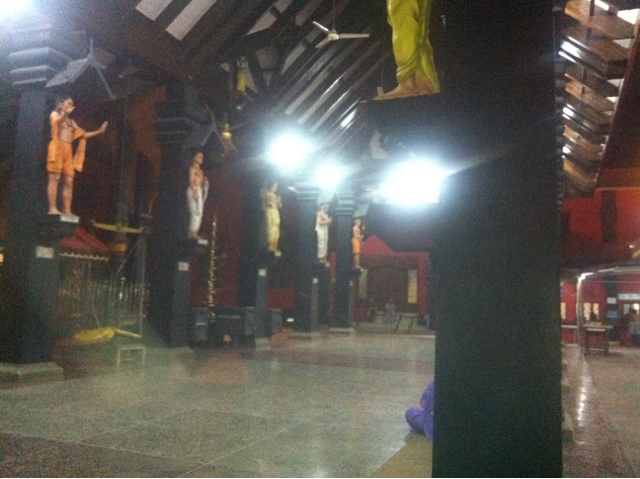 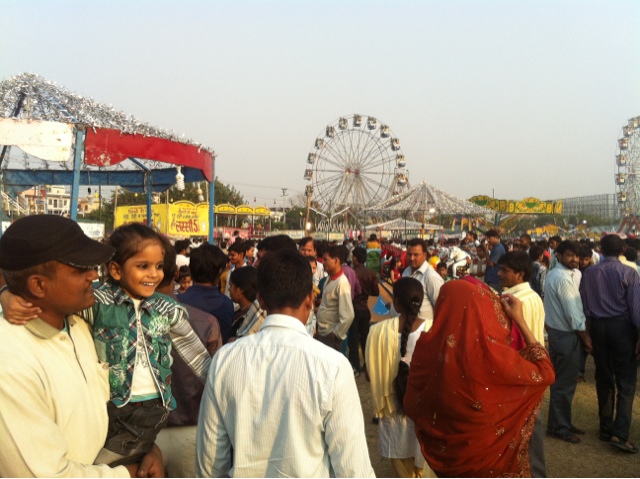 Posted by Tusar Nath Mohapatra at 6:56 PM No comments:

The Mother’s proclamation of the descent of the Supramental in 1956 almost coincided with the sweeping post-Independence hopes of building a new . But what we observe 56 years later is not a very encouraging scene on both the fronts. Despite the democratic pretensions, politics, media, education, and leisure are all hostage to a pervasive feudal culture. Instead of the Marxist angst and alienation, a celebratory engrossing with Heideggerian inauthenticity and trivia seems to be the order of the day. Commerce, of course, propels excellence as well as quality of life. Patronage for arts and creativity, too, are hinged to the invisible hand of market dynamics. Management of human affairs has climbed such macro levels that ordinary human beings have become inconsequential.

Large scale money making through arms, drugs, vaccines, and trafficking etc. also have turned sophisticated avenues that employ cutthroat liaisoning and spying. Both Corporates and Governments are succumbing to such underworld machinations not to speak of non-State terror and arm-twisting. Even, many respectable ecological campaigns hide behind them murky tales of cooked up economics. Bioethical issues are compounding with the march of technology and media. So, coping up compulsions is perhaps driving people to cheap forms of entertainment and arenas of religious dumbing down. To sense something noble and inspiring within this cacophony, therefore, has surely become a self deluding task. But The Mother & Sri Aurobindo stay as the only fount of light and hope midst such oppressive despair. [TNM55] 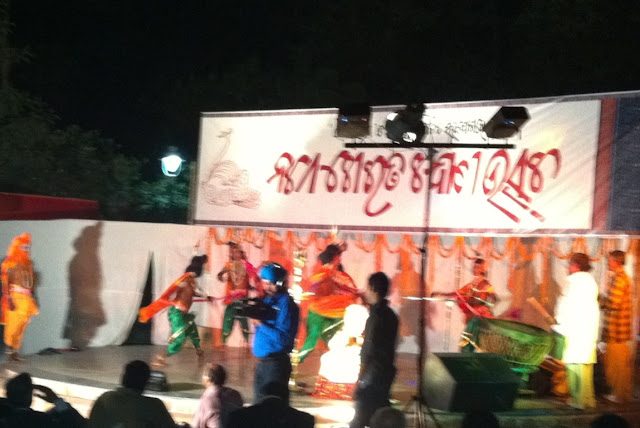 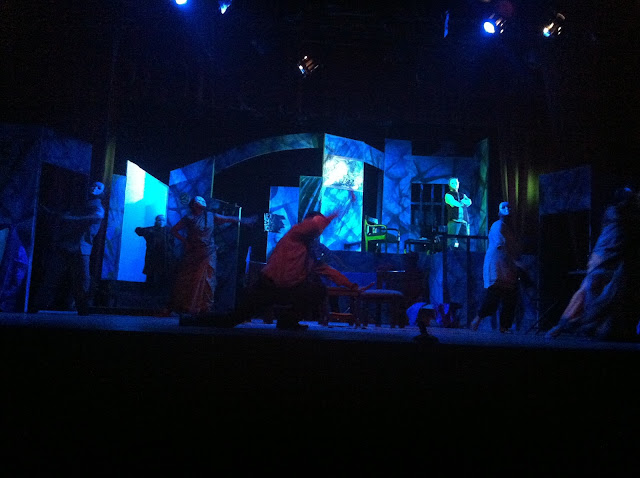 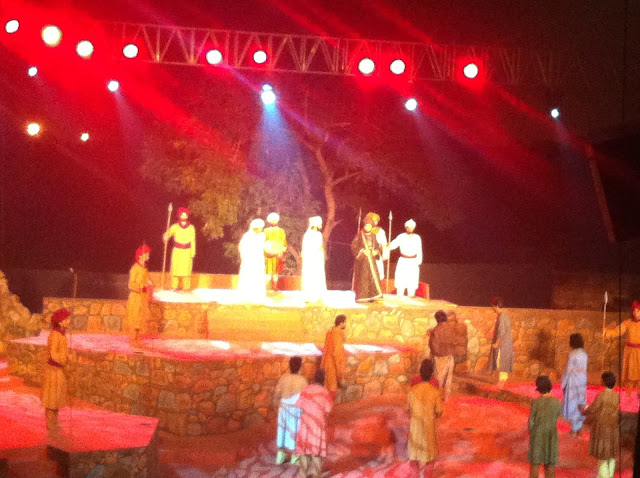 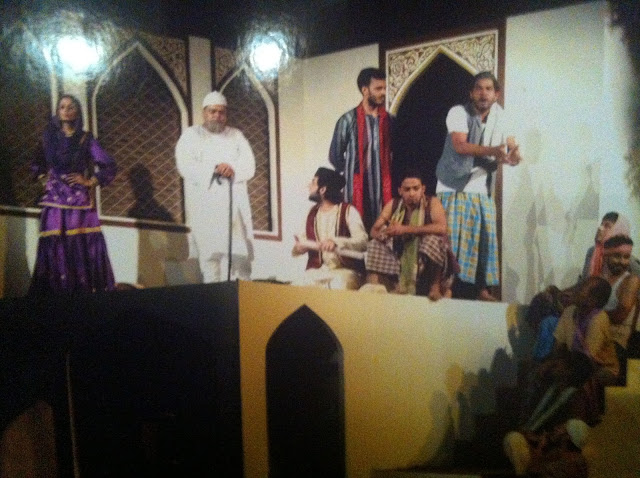 Posted by Tusar Nath Mohapatra at 8:54 PM No comments:

[Millenarian Elements in the Hindu Religious Traditions Hugh B. Urban The Oxford Handbook of Millennialism In the course of suppressive colonial rule, militant nationalism emerged in messianic attire. Spiritual nationalist Sri Aurobindo described it as a religion directly presented by God. The new age came up with lifestyle gurus such as Osho Rajneesh, who asserted a symbolic end of time by surrendering typical lifestyle practices. The Oxford Handbook of Millennialism - Page 375 - Google Books Result - Catherine Wessinger - 2011 - Although Aurobindo Ghose is today best known as a spiritual teacher and philosopher, he was also, in his youth, one of the primary leaders of the revolutionary ...]

Sri Aurobindo’s name underwent many metamorphoses during his lifetime. From stark anonymity to a slew of pseudonyms and acronyms, his experimentation ended with his signing as Sri Aurobindo sans any surname or caste identity. His works, understandably, have been published under that name and, ordinarily, he is referred to as so. But there are certain types of people who are intolerant of his adding Sri to his name and are always eager to geld it. The Sri to them is a canopy of fundamentalism that smacks of unjustified superiority, thus threatening secular sensibilities.

The fact is that no one can help in this matter as Sri Aurobindo is no more and can’t be questioned as to why he wanted to retain his name this way. So, the minimum one can do is not to distort his name by eclipsing Sri. In book indexes too he should appear under the alphabet S and not A or G as Sri is not an honorific here but an integral part of his name. Sri Aurobindo is yet to receive the prestige he deserves as a poet and a thinker and hence the need to resist the snatching away of his Sri. [TNM55] 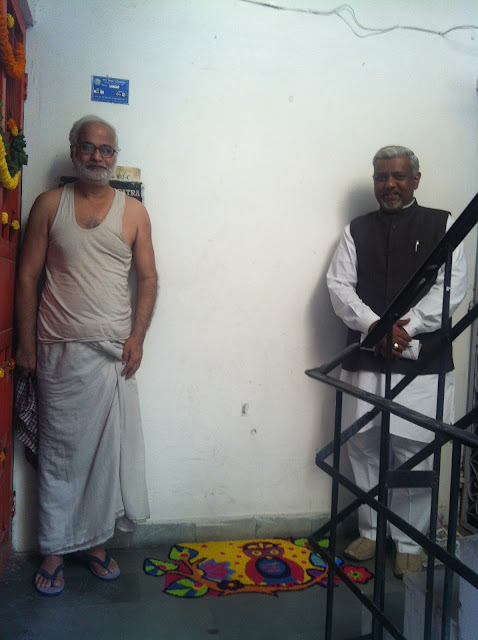 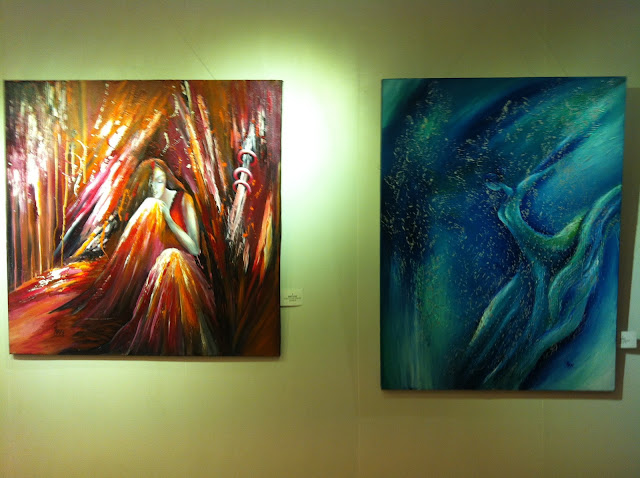 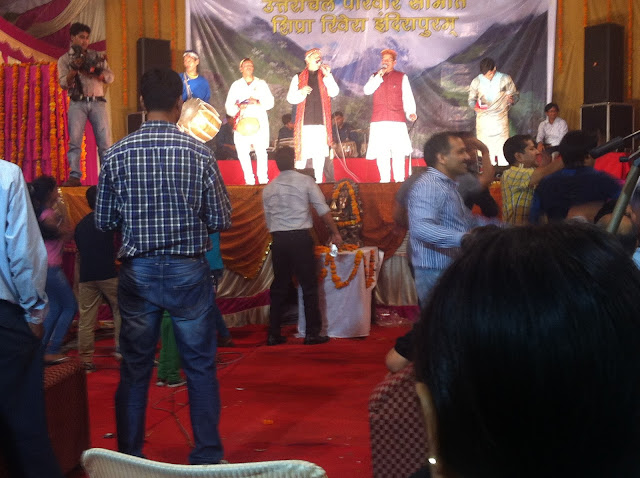 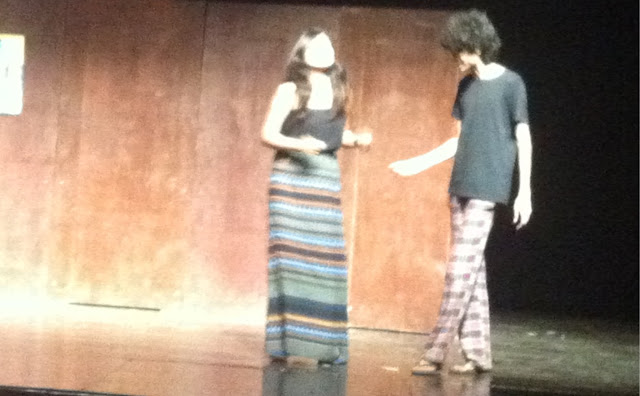 Posted by Tusar Nath Mohapatra at 4:47 PM No comments:

[Nietzsche, Descartes, Lacan and the Death of God Posted by larvalsubjects 11 Comments May 21, 2006
What strikes me as crucial in this passage is Nietzsche’s remark that we have wiped away the horizon, that we now move without direction, that we are suspended in an infinite void and cold, empty space. The death of God therefore seems to signify a world that has lost its coordinates (what else is a horizon if not a way of co-ordinating our movement?) and where the ground has disappeared beneath us. I take it that the term “God” is a generic term for any sort of transcendental term that would fix meaning and identity. It would be a mistake to assume that “God” simply refers to the God of organized religion. Rather God is a generic term referring to anything on the order of a form, essence, transcendence, identity, substance, permanence, ideal, wholeness, totality and so on.]

[April 9, 2007 at 7:46 am Coming across in a hymn of Martin Luther what Hegel described as the cruel words, the harsh utterance, namely, God is dead, the latter was perhaps the first great philosopher to develop the theme of God’s death according to whom, to one form of experience God is dead. Commenting on Kant’s first Critique, Heinrich Heine spoke of a dying God. Heine influenced Nietzsche. Since Heine and Nietzsche the phrase Death of God became popular. (K. Satchidananda Murty, The Realm of Between, IIAS, 1973)]

[The Human Aspiration « Sri Aurobindo Studies 30 Aug 2009 – Sri Aurobindo, The Life Divine
The earliest formula of Wisdom promises to be its last,—God, Light, Freedom, Immortality. These persistent ideals of the race are at once the contradiction of its normal experience and the affirmation of higher and deeper experiences which are abnormal to humanity and only to be attained, in their organised entirety, by a revolutionary individual effort or an evolutionary general progression… The greater the apparent disorder…, the stronger is the spur…]

The firmness with which Sri Aurobindo refutes Nietzsche’s playful affirmation is a milestone in the history of human thought. For long, philosophy has been hostage to a science fiction style of writing or abstract painting. Happily, fatigue has set in and that epoch is fast coming to a close. Further, defending Marx, which was considered pivotal to theory, is no longer that sacrosanct. These are welcome developments but without Sri Aurobindo a satisfying ontological framework is difficult to put together. [TNM55] 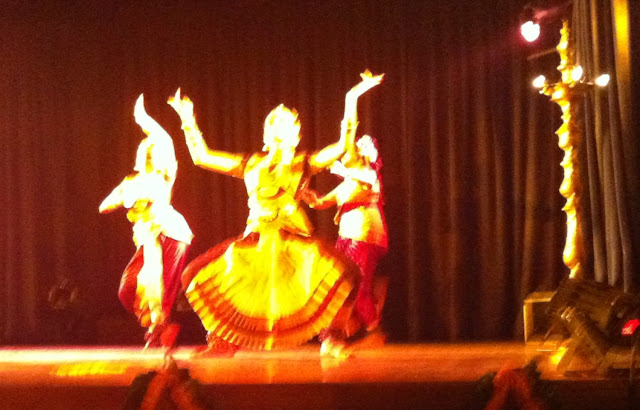 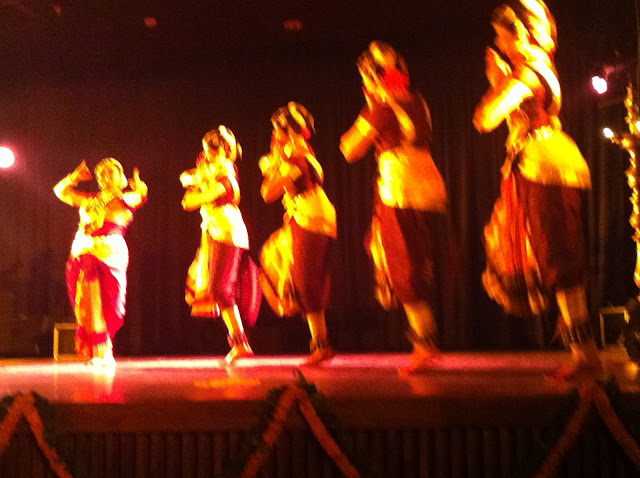 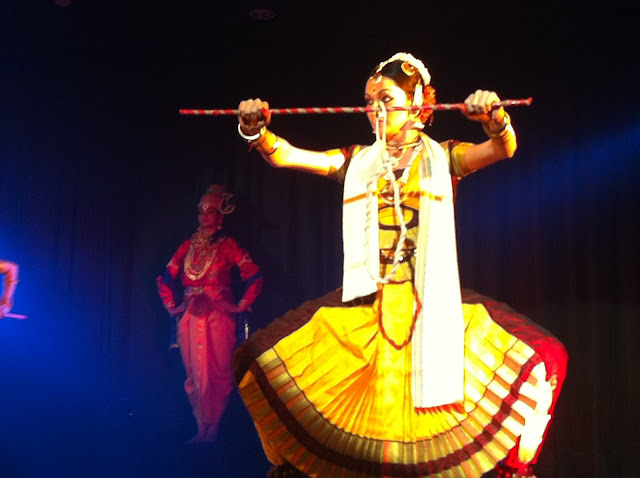 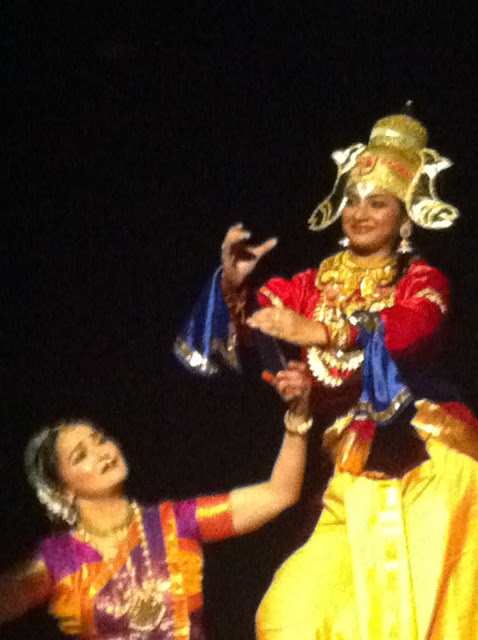 Posted by Tusar Nath Mohapatra at 1:54 AM No comments:

Unceasing aspiration is the sure means

It’s not without significance that Sri Aurobindo Ashram came into being in 1926 in the wake of Swarajya Party in 1923 and Rashtriya Swayamsevak Sangh and Communist Party of India in 1925. Despite all disclaimers, establishment of a commune is a palpable political act by which the inmates, not only stay insulated against unwanted ideological propaganda, but also become example of lived values thereby offering an alternative socio-cultural paradigm. But as we observe at the end of 2012, none of the aforesaid four streams inspire confidence so far as the future of humanity is concerned.

Technological breakthrough has brought about quantum leap in integrating thinking all over the globe but opinions remain as opposed as ever. The Mother & Sri Aurobindo, however, have asked for vigilant, constant, and unceasing aspiration for ushering in unity, mutuality, and harmony. [TNM55] 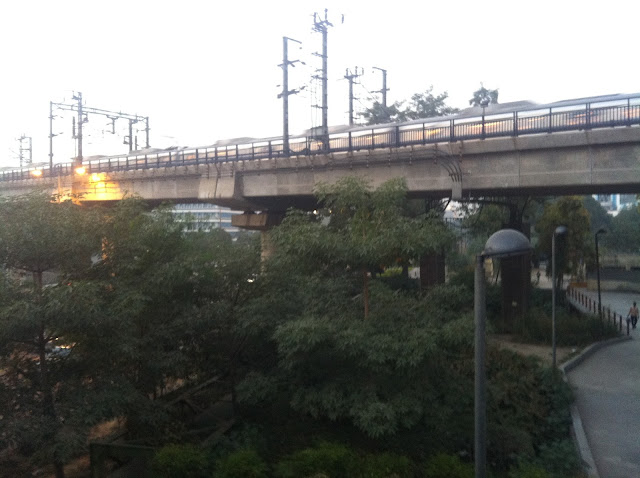 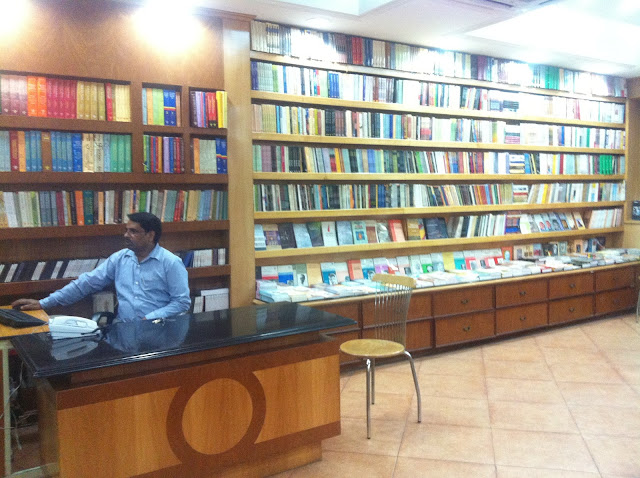 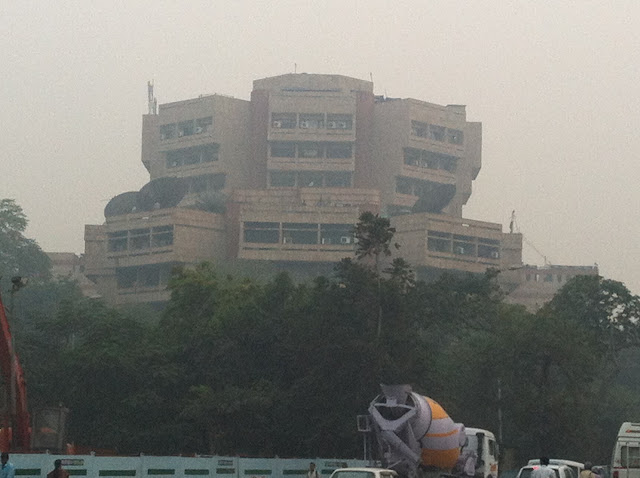 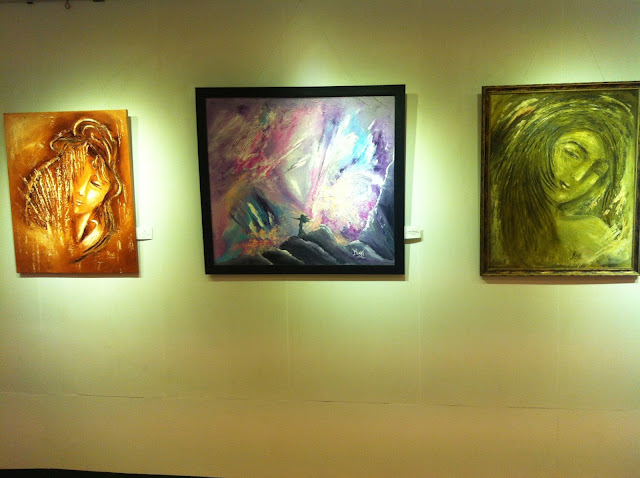 Posted by Tusar Nath Mohapatra at 6:56 PM No comments: