The Mother's hand in Suparamental manifestation in 1956

@SavitriEraParty: The picture Ganeri paints of India in 1656 http://t.co/N7kmjWd7RI finds fruition in The Mother's hand in Suparamental manifestation in 1956.
@SavitriEraParty: Writing was a sign of learning which accorded journalism a halo. Audiovisual Media took back to the frivolity associated with Premodern era.
@SavitriEraParty: Many tweeting on history or politics also take care to wear their science, tech or finance credentials on their sleeve for enhanced standing.
@SavitriEraParty: @ScorpiusMaximus Without understanding the role played by Sri Aurobindo the Lal-Bal-Pal project would be as an automobile with three wheels.
@SavitriEraParty: How even a highly motivated movement like AAP is floundering in Delhi is a lesson; the Law Minister has lost legitimacy over moral policing.
@SavitriEraParty: @SurajitDasgupta @_AmarnathS Following Sri Aurobindo is the way. Ideological confusion and business compulsion prevented Ramdev's success. 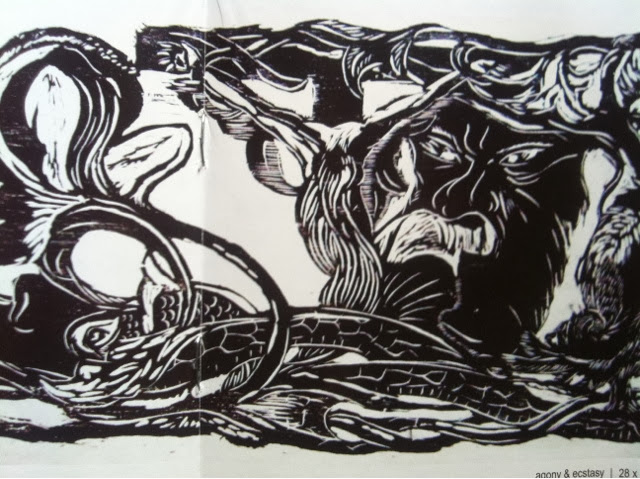 Posted by Tusar Nath Mohapatra at 5:24 PM No comments:

Added focus on action over what Sri Aurobindo wrote - 4

Corruption has agitated from Adam Smith to Anna Hazare and civilisation has been a quest for overcoming human imperfections. The Mother & Sri Aurobindo, however, see ethics as inbuilt in Yoga which is a joint operation between human effort and Divine Grace. But the tragedy is that many institutions run in the name of Sri Aurobindo have turned dynastic fiefdoms and dens of corruption. Some educational institutions are a sorry spectacle. While the great virtues of education and creativity are extolled outwardly, demeaning hankering for power and manipulation continue as undercurrent. So, the lesson is mere enrolling as a seeker is no assurance for ethical behaviour.

From this perspective, the role of proper management, rule of law, administration of justice, political correctness etc. become crucial. How even a highly motivated movement like AAP is floundering in Delhi is a lesson for all. Human affairs can't be dealt with by mere common sense any more in this complex world; very refined and rigorous policy making is essential. Further, there are no fixed, textbook solutions; sensibilities emerge as situations unfold and responses shift in commensurate fashion. Media and advocates foisting twists complicate the situation.

Ban on the book robbed much of the moral ground and it has become indefensible over the years. A parallel can be drawn to the Minister in Delhi who has lost legitimacy for moral policing. Loss of credibility like the Michhua Radhua can play havoc on the part of an individual or organisation. The Mother introduced many exemplary modalities in the Ashram but some others can justifyably be criticized for being harsh on human wants and emotions. So, whether they can be pardoned today in the pretext of spirituality is a much larger question. Devoloping competence and sagacity for judging such matters is also urgent and we need fresh texts to fall back upon. [TNM55]
Posted by Tusar Nath Mohapatra at 8:39 PM No comments:

Added focus on action over what Sri Aurobindo wrote - 3

The Mother passed away before the TV arrived in India and hence it was a sort of primitive age. The Internet today has transformed the Indian society to a huge degree. The type of professions has multiplied so also infotainment avenues. Pressure on youth for early success has robbed many options from life. So Yoga, as The Mother & Sri Aurobindo formulated it, is no more an easy proposition. Reading the detailed explanations of Parts of the Being spreading over several volumes is a remote exercise today. In short, Integral Yoga is far away from the priorities and preferences of the youth.

In contrast, some other religious camps are flourishing by imaginatively marketing recreational events and well-being modules. Being affiliated to influential sociopolitical organizations also raises profile as well as popularity. The Mother & Sri Aurobindo, however, have been averse to such techniques from the very beginning. The level of ethics they insist makes one unsuitable for team-spirit and group-dynamics. Thus to reconcile Yoga with ordinary demands of life or casual religious approach is an uphill task. Rise in prosperity is adding more hurdles to practicing simplicity.

The truth is that all these difficulties were not unknown to The Mother & Sri Aurobindo but without dealing with them theoretically no assured results for practice of Yoga can be offered. The safe heaven they created in the form of the Ashram is also in doldrums. So it can safely be concluded that their teachings are impractical both in theory as well as in practice. But fortunately, this conclusion has other implications. No other solution can be said to have any credible prospect and in comparison The Mother & Sri Aurobindo stand heads and shoulders above them in many respects. [TNM55]
Posted by Tusar Nath Mohapatra at 7:25 PM No comments:

Sri Aurobindo has saved from the tyranny of Indian Philosophy

Tusar Nath Mohapatra on 25 January 2014 at 7:01 am said:Demarcation between philosophy proper and history of Indian philosophy has been deep since the arrival of Sri Aurobindo in the scene. This year marks the Centenary of his magnum opus “The Life Divine” and other original works like “The Secret of the Veda.” The Evolutionary dialectic of his Integral Ontology seeks to establish a universal template of philosophy that acts as applied psychology as well by suitably incorporating poetic aesthesis. So, not to include him in the list would be an injustice to the future of human civilization and education. [TNM55]Tusar Nath Mohapatra on 26 January 2014 at 6:16 am said:Bringing in other names while thinking of Sri Aurobindo is a real problem; so is the period during which he wrote. Most of his books, fortunately, allow us to concentrate on the subject proper and a slim volume like “The Problem of Rebirth” or “Heraclitus” can introduce one elegantly to his philosophical project that dovetails into poetry too.Though neither germane nor palatable, let me say as a nonspecialist here that it is Sri Aurobindo who has saved the modern day Indians from the tyranny of “Indian Philosophy” by offering an alternative set of literature in English reading which is transformative as well. [TNM55]
Posted by Tusar Nath Mohapatra at 12:02 PM No comments:

Added focus on action over what Sri Aurobindo wrote- 2

Apart from pointing out the newness of their philosophy or the synthetic nature of their yoga, The Mother & Sri Aurobindo have been careful to reject founding of a new religion. A following, nevertheless, has taken shape after their departure accentuated by the periodical ceremonies celebrated at the Ashram and regional Centres. This constitutes an added aspect to their complex legacy and needs to be confronted astutely by theoreticians. Political dimensions arising out of the religious identity also should be grappled appropriately.

Tracing the evolution of Sri Aurobindo's opinions, itself, is a challenging task. So when it comes to deciphering additional tendencies obtaining after his departure, it's verily a minefield to stray beyond his written words. But the task has its own validity as Sri Aurobindo never considered his own path as a separate category for comparison which, nonetheless, has come to modify his prognostications. The founding of Auroville, similarly, has considerably altered the texture of dispensation originally conceived by The Mother. These practical results, howsoever unsavoury, need to be accommodated within a more charitable appraisal of The Mother & Sri Aurobindo leading to their realistic appreciation.

This brings us to the question of authority as well as authenticity. Since each individual is constrained by a set of personal experiences and cultural setting, his impression is bound to be subjective. So the way the disciples have attempted to portray the Ashram life when The Mother was around belongs to a bygone era. Or how Her devotees carry on their lives in the outside world and confront the demands of the dominant religion has never really been tackled theoretically. Thus the challenge is to look at the teachings of The Mother & Sri Aurobindo from a realistic perspective and the altered socio-political situation in India. [TNM55]
Posted by Tusar Nath Mohapatra at 11:52 PM No comments:

Added focus on action over what Sri Aurobindo wrote

The Mother & Sri Aurobindo have left behind around 80 volumes of collected works that includes paintings, poems, plays, speeches, essays, letters, messages, translations, and conversations spanning over a period of 80 years. Since the contents are of a specialized nature, they attract a very restricted kind of readership. The dense character and vastness of the writings prevent many from going through them all even as some of them are still unpublished. Secondary literature, however, is flourishing and varied estimation of the Masters are mushrooming. The works of the disciples or dedicated sympathizers are precious as credible introductions while commentaries or comparisons with the opposite intention are not uncommon.

Apart from their writings, the Ashram at Puducherry and the Auroville community owe their existence to The Mother & Sri Aurobindo. Besides, a large number of institutions run all over the world by drawing inspiration from them. Thus, a distinct cultural, religious, and political identity has come to be associated with the followers despite their being geographically scattered. The thrust on integration of the East and the West and Human Unity in the teachings of The Mother & Sri Aurobindo is responsible for the internationalist bias on the part of their devotees. Access to Sri Aurobindo's works is also facilitated since he wrote in English. This year marks the Centenary of his magnum opus “The Life Divine” and other original works like “The Secret of the Veda.” The Evolutionary dialectic of his Integral Ontology seeks to establish a universal template of philosophy that acts as applied psychology as well by suitably incorporating poetic aesthesis.

The Mother travelled from France to Puducherry in 1914 in order to meet Sri Aurobindo and so action preceded their philosophical collaboration. The amount of activity The Mother has inspired theresince is surely unparalleled in the human history. Interested students will be studying this phenomena in the years to come but authentic documentation of the present decades is woefully inadequate. In the absence of truthful tales narrated by the current crop of practitioners, impressionistic accounts by cunning swordsmiths are taken to be as genuine. Problems associated with writing and publishing, reach and interpretation etc., however, cannot be evaded, but a more web-enabled discursive environment could have developed over time contributing to theory. [TNM55]

Posted by Tusar Nath Mohapatra at 10:03 PM No comments: 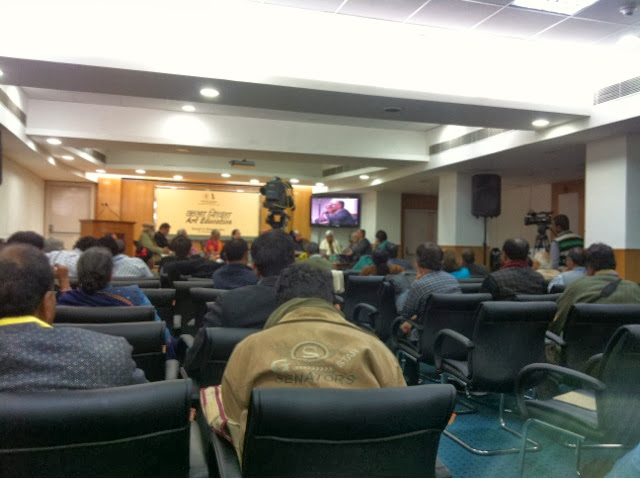 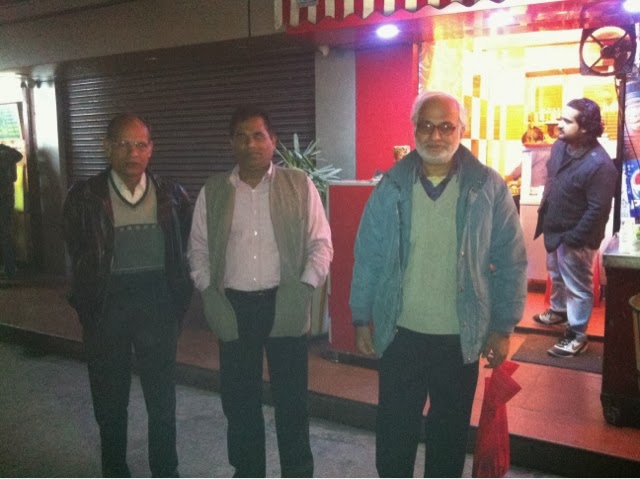 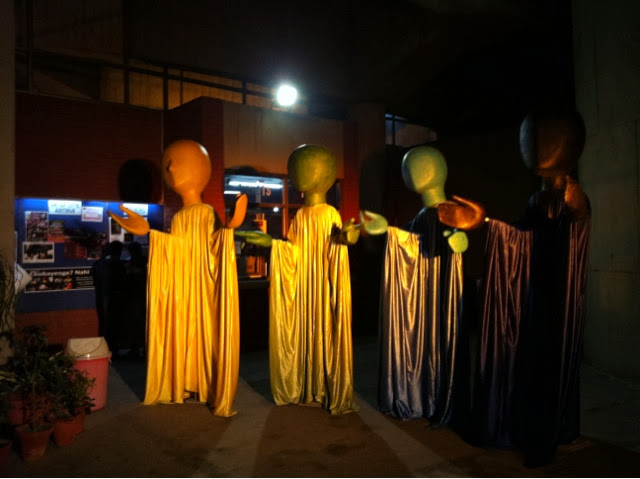 Posted by Tusar Nath Mohapatra at 8:46 PM No comments:

Go for the Veda

Gaveshana or Research derives from the word Go meaning light, a connotation brought to light in modern times by Sri Aurobindo in his epochal The Secret of The Veda. This hermeneutical coup has so unsettled the received wisdom that there is unwillingness to look at the later texts in terms of the Vedic Sanskrit as unveiled by Sri Aurobindo. This blog, however, is a sign that such resistance will recede. [TNM55]

Posted by Tusar Nath Mohapatra at 12:34 PM No comments:

Antiquity of sources can't be only criteria for ontological veracity

Aware of the constraints of not straying outside the texts and syllabi, let me mention for the sake of discussion that later day philosophical formulations contain many ingenious notions like Sanghita or Loka-Sangraha to predicate emancipation. The problem of rebirth itself undergoes substantial transformation in the hands of Sri Aurobindo and hence antiquity of sources shouldn’t be the only criteria for ontological veracity. [TNM55]
Posted by Tusar Nath Mohapatra at 2:32 PM No comments:

Conversations are subject to inertia of motion 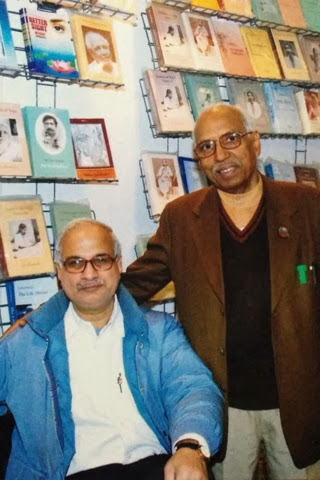 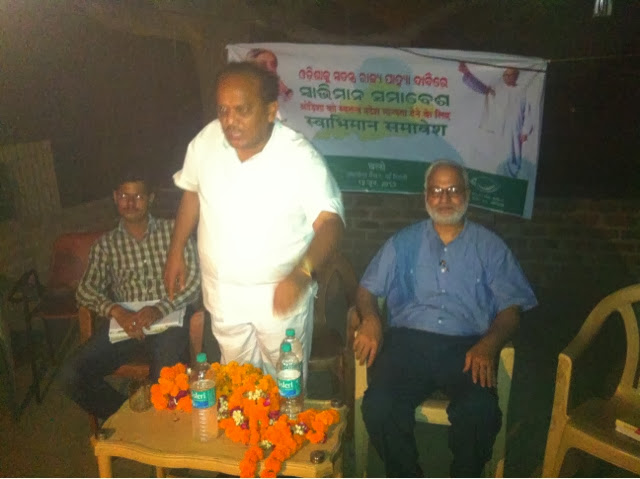 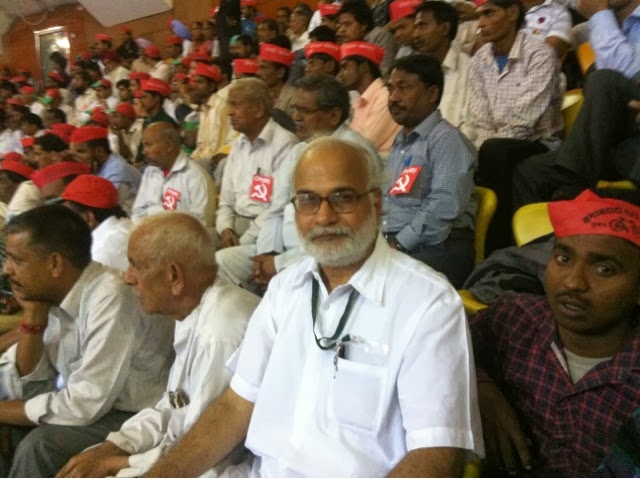 Posted by Tusar Nath Mohapatra at 8:01 PM No comments: