As a life long lover of Odia music

I have no insider information or any ecosystem and so I avoid wild allegations. That various groups are conspiring against each other and peddling disinformation is sure but how effective they are can't be gauged easily. Thus my supposed protection comes from this crowd dynamics.
Hawkish responses are so common but not to consider the other side of the picture is a disability. The Govt. and the Courts seem to be pursuing a very balanced approach in extremely trying conditions. How the future plays out shouldn't be seen as predetermined or forced by a few.
Kalinga Gajapati kings of Ganjam region promoted poetry, and music which was later labelled as Odishi by Akashvani, Cuttack. This Dakshini style of singing inspired by Carnatic music or Karnāṭaka saṃgīta has a distinctive feature of waving. Thus, the nomenclature is arbitrary.
Odisha proper was under Bengal Presidency with substantial cultural difference. Mayurbhanj and Jhumar offered a different style. So by appropriating the name Odishi, the claim of Dakhini music of Ganjam is disproportionate. Geeta Govinda has nothing to do with Odia but they sing.
When they demand classical status, the name Odisha or Odishi should not be awarded. Present Odisha has several regions and diverse styles including modern ones. They are all our own and deserve promotion. The hegemony of this Dakshini singing of Vaishnava poetry is unacceptable.
Specialists can sing well and employ all technical delineation but whether listeners enjoy and are willing to spend time can't be confirmed. Apart from constipated manner of singing, the problem of incomprehensible lyrics poses a huge barrier. But most are drawn because of career
I just conjectured that the waving in Odishi might have been imbibed from Karnatik in which I feel it's very prominent. Or even if it's its own it shouldn't claim pan Odisha currency. As a style or pattern it's fine but claiming a third classical status is dishonest and parochial
As a life long lover of Odia music, I have my own framework of aesthetic experiences that's unique. Others have their own configuration based on age, exposure, or expertise. Someone trying to override my format by imposing some uniformity or systemisation may be valid but unjust.
My fascination with Balakrushna Das's compositions in films like Sri Lokanath, Lakshmi, Manikajodi, Nuabou, Jiban Sathi, and Sadhana etc. forms the basic template. I'm not aware of technical aspects but I just love them. Why should I compromise or sacrifice that before "system?"
"Why should I explain to others what I know so intimately," asks Guru Ramahari Das in his Odishi Pathashala series. His effort at systematisation is commendable and with his level of technical expertise he may be right but along with outsiders I too feel threatened. So I protest.
I don't want to blame anyone; each person has his own background and orientation. He would be guided by that. My fear is that any Govt. certification of Classical status will delegitimise my fragile musical fabric about which I have no technical knowledge nor preservation tools.
Instead of characterising any leader in a specific way, it'd be in order to blame it on the nature of politics itself of which they are merely offsprings. Expecting an ideal situation is rather utopian and hence a delusion, unless #SriAurobindo is invoked. https://t.co/DO4EQP2B4v
One conjecture:
In many Odishi songs the opening is very short like Ki helare. https://t.co/1JJE2xIvQy
Hum tum of Milan has also a similar start. Is it inspired? Further, I had heard that the boat accident was shot at Jobra barrage in Mahanadi, Cuttack, Odisha. #Odia #OdiaMusic
Exactly, any serious intellectual engagement was absent. Modernity in the West had its roots in the Christin ethical framework but importing it by delegitimising local in situ religious grounding created an abnormal and absurd situation which is yet to be resolved satisfactorily.
Very right but I'm simply reproducing what I have read from scores of highly perceptive authors. Please don't blame me if you haven't come across them earlier. But all of them insist that Sri Aurobindo can be described only by superlatives, nothing less. I won't urge you to agree
From the Bande Mataram phase as a political theorist, Sri Aurobindo's transition to the philosopher of a robust Mother-Ontology, is an interesting one. The Divine Shakti of The Synthesis of Yoga disturbs the neat framework that he built in The Life Divine. https://t.co/3DJEEVIVoY 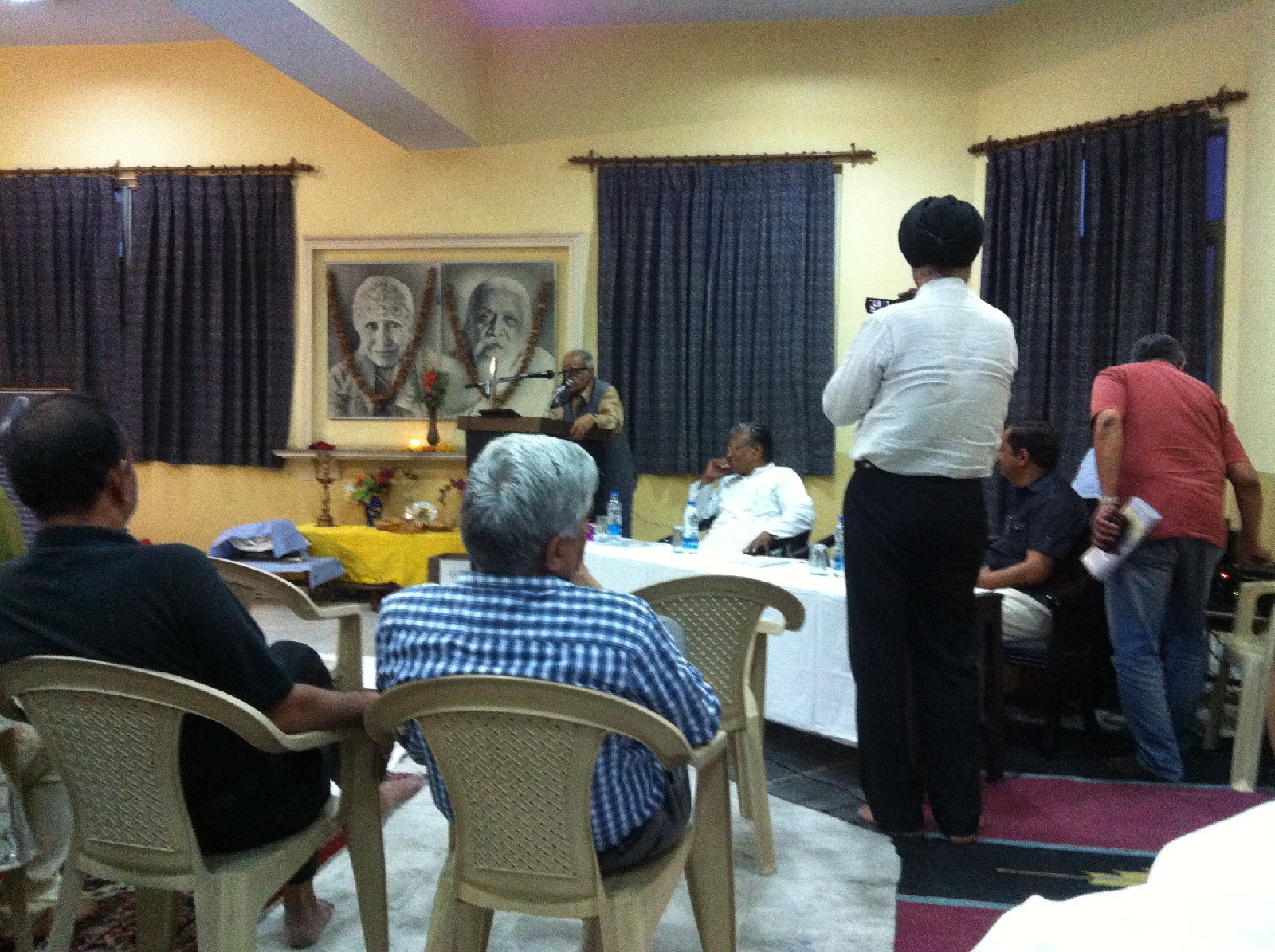