I remember the thrill as a young footsoldier

Many such facts have been popularised by Marxist historians with a view to downplaying Sri Aurobindo's contribution. That's why the pivot of the narrative I push is #SriAurrobindo and from there the perspective changes in infinite ways. The key is to read. https://t.co/N2vOxDWHZn
Not same. For perceiving difference, one has to read widely. Then why this urge to conflate them? Approaching them individually might be a better way. As regards #SriAurobindo, his Integral Education is also a precursor of Integral Yoga; the spiritual aim is very much embedded.
Hindutva is a cauldron of confusion and it's futile to engage over it with anyone because each one has his romantic and exaggerated view of it. On practical front like rituals or administration of temples, there are many disagreements. On gender questions, many women resist sync.
Vast majority population of our country are not bothered about Hindutva; they live their lives adjusting to local conditions. Only at the time of elections such issues are hyped up. Even then any pan-India picture emerging is a remote possibility. Weaponising against Muslims bad.
Sri Aurobindo toiled for the larger issues of nationhood and human destiny @auroviryavaan
https://t.co/oWqfcAexqm
#SriAurobindo
Humanitarian sentiment expressed from the comfort of home is hypocrisy. Twitter has thousands of handles who are motivational speakers, mentors, or change agents. Most claim to be philosophers and counsellors. But they haven't read anything from #TheMother & #SriAurobindo.
Prejudice against #SriAurobindo is enormous and it's not easy to disabuse people. Willingness to read is minimal. So zero expectation from the present generation. But this is the hour of the unexpected and so any new initiative can come from any corner. A life of expectancy.
Very nicely put. Yet, we must travel back fifty years to discover #TheMother's sense of urgency during #SriAurobindo's birth centenary celebrations. Odisha really experienced a mass movement at that point which continues till date. I remember the thrill as a young footsoldier. 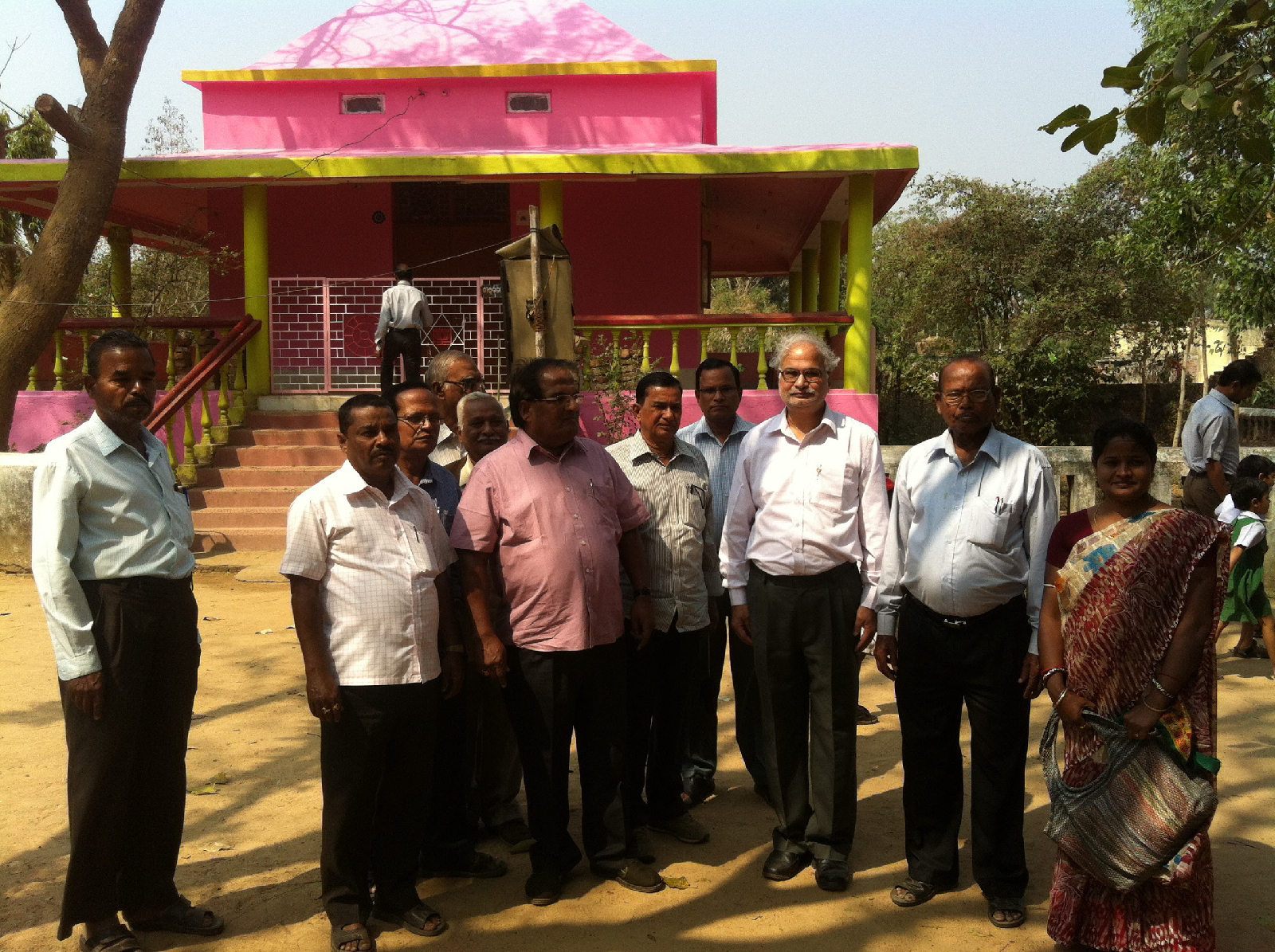 https://t.co/6mzQK6vDbt
Please check this site maintained by Matrubhaban, Cuttack for detailed information on the matter. It has got lots of old magazines and souvenirs to benefit from. A trip around Relics centres in Odisha is an added attraction. Nearly 1000 schools are there.
Humility and curiosity are hallmarks of a knowledge seeker but somehow you don't betray much. Read this excellent piece and get acquainted with something outside your limited understanding. Purely optional. Thanks.
https://t.co/q33U6bxsDd
I'm not imposing anything upon you but since you are writing on metaphysical questions, it would be an error to confine your area of inquiry to a predetermined territory. I'm passing on the information that Sri Aurobindo has written something on the Veda which no one wrote before.
Obsession, I take as a compliment. I think, I'm the only person on Twitter with this obsession and that's a specialisation built over more than half a century. So, no regrets. Remember me if you need to know about #SriAurobindo at any point. Do me a favour by informing others.
All social phenomena have metaphysical dimension. Marxists are averse to such a proposition. But Universities in their possession is problematic. Young students being indoctrinated is an injustice and coercion. Need to salvage such a situation by introducing #SriAurobindo's books.
1) Party supporters will support Party
2) Modi supporters will support Modi
3) Opposition supporters will support the Opposition
4) Industry supporters will support Industry
5) Media will support whoever pays
6) People will be indifferent
6) Your responsibility to maintain Others are not serious, sincere, or honest; so better not to bother about them. This feeling comes often. But the task is to build a just and fair discursive atmosphere. Holding on to highest values is a Brahmin quality. Others may falter, compromise but the Brahmin will never.
Twitter is interactive. Say something, share something; retweet something. Let the conversation be more vibrant, more truthful. It's that particular moment. Who will find a tweet inspiring, you never know. So be on the flow. TL should be fluid and not rigid. Data or Archives, no.
Is there any ideal democracy or society? Human civilisation has been perpetually in transition. So, how to compare midst distorted history and doctored narratives. Being blind to positive undercurrents like reinforced federalism beneath the froth of a failed nation, not a virtue.
In The Secret of the Veda, #SriAurobindo tells Inner meaning of Soma Rasa which is ordinarily associated with Alcohol or Narcotics. Even creative persons vouch for some inspiration through intoxication. Bruno Marchal is on record to be a live case. But should we take for granted?
I spoke about life in general. As regards #TheMother & #SriAurobindo, you are right but one might experience different phases like Valavat, like a child and Unmadavat or delirious. So there can't be any rules. Those on Twitter must find pleasure to talk Nama, Rupa, Leela, Dhama.
Books enlighten; they also misguide and feed defective narratives. One becomes a victim of wrong impressions and imaginary scenarios. Most people don't read but those who read turn addicts. They are constantly in need of new books and swallow avoidable information. Save yourself!
Excellent exposition. SAVITRI as security is a perfect definition. Thanks.
I am 65 but fail to understand why the three deities in Puri temple have to be interpreted as Krishna et al. What's the compulsion? Why the poets have been insistent on the Radha Krishna imagery? In the absence of definite evidence, why claim Jayadeba as Odia if poem is Sanskrit?
Pandemic and lockdown were an excellent opportunity to review syllabus but no such long term project was undertaken. School children are suffering from distortion of history and other subjects that are arbitrary. Higher education is no less problematic. But who will bell the cat?
Raja Rammohan Roy introduced wide ranging intellectual fermentation in India which others took up and responded in different ways. #SriAurobindo wrote a century later to diffuse confusion by offering enlightened opinion. https://t.co/LFS5C2N0ki
Reading his books is a must for all
Cc @VividHugh
I agree with you but the problem basically is that. Expecting that an ordinary individual will be strong enough to be able to 1) remove objectionable scriptural injunctions or 2) getting rid of community leaders espousing them is unfair and unjust. Why onus on him?
Adam Smith was absolutely down to earth in his economic theory who believed strongly in price discovery in a competitive environment. His phrase Invisible Hand elsewhere has been misinterpreted as mystical or religious which he was not. Besides, his self interest was not selfish.
[This is not to say that promoting the linguistic-regional identity itself is foreign to the Left; indeed the very idea of forming states on a linguistic basis was a Left idea (since “nationalities” in Communist theory are defined on the basis of language)] Prabhat Patnaik 9.6.21
THE QUEST FOR KNOWLEDGE AND MASTERY
A COMPARATIVE STUDY OF MOTIVATION IN THE LIGHT OF SRI AUROBINDO
— MARTHA S. G. ORTON
[Sri Aurobindo's conceptualisation of the evolution of consciousness exceeds Teilhard de Chardin's view of spiritual evolution and...]
https://t.co/Fn4B3RlAn4
https://t.co/36TGFVoBUt
THE DYNAMIC ABSOLUTE
A PREFACE TO SRI AUROBINDO'S INTEGRAL ADVAITA
— DR DILIP KUMAR ROY
[This book is an exposition of Sri Aurobindo's vision of Brahman and the consequent view of the world, including his original conception of destiny of man and mankind.]
Posted by Tusar Nath Mohapatra at 7:50 AM