New paradigm of perception and validation

Many intellectuals and academicians hesitate to express their admiration for The Mother & Sri Aurobindo in public to avoid sectarian image.
Nothing more paradoxical than the RW stalwarts refusing vigorously to discover any virtue or value in Sri Aurobindo's contribution to theory.
As a general rule, almost all eminent contemporaries of Sri Aurobindo can be accused of harbouring some strands of anti-Evolutionary traits.
Mythology, Astrology, & Rituals are responsible for clouding the minds of Indians so much that they fail to appreciate Sri Aurobindo's works. 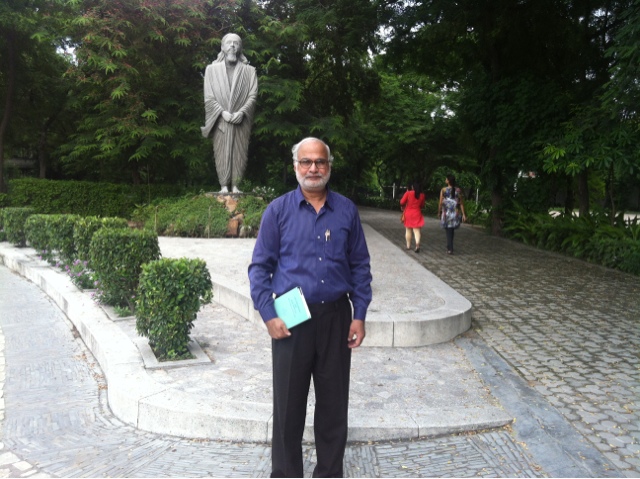 New paradigm of perception and validation introduced by The Mother & Sri Aurobindo 100 years ago must find reception in scientific community.
Building a new party to face the challenges of future in alignment with scheme of Evolution must be the most needed. https://t.co/SMS2GPs6fQ
No one is talking about Vision 2020 or something like that. Everyone has reconciled to a prospect of slow progress over the next 20 years.
RK Laxman once drew a cartoon of a TV set about to break under weight of assorted set-top-boxes. Same is Modi's slew of schemes and slogans.
@auldtimer @chaturvedi43 Like Mandal for Kamandal, Award wapsi was directed against Gharwapsi which cancel out each other over the long term.
@ShekharGupta "Hum do, hamare do" reinvented!
@Sheks65 You don't tweet about Sri Aurobindo much. Perhaps you are addicted to his pre-Puducherry personality as a nationalist. Nothing more.
@Sheks65 Fine. So, please don't use your handle to be an impediment for those who are trying to spread SA's teachings in whatever pretext.
@Sheks65 Also spare a praise where it's due. (Twitter has provided buttons to facilitate that.) That would be a nice balancing act, IMHO.
@LathaIsloor @sarkar_swati @maidros78 Three madnesses, Four interventions, Five Dreams define Sri Aurobindo and he relied upon Sixth sense.
@sarkar_swati @maidros78 Events in Sri Aurobindo's life are fairly documented now. I don't know why you are spreading falsehood about him.
@maidros78 @sarkar_swati You run the risk of damaging your reputation as budding historians unless you substantiate from primary sources.
@LathaIsloor @maidros78 @sarkar_swati Please consult any biographical account or Wikipedia article & refrain from spreading rumours & gossip.
@LathaIsloor When you say "he left his work half way" you are trying to define Sri Aurobindo instead of accepting him the way he has been.
@LathaIsloor There are scores of sources online to know about Sri Aurobindo and I'd encourage you to read them instead of I spoonfeeding.
@LathaIsloor You are free to have your own views but please don't distort facts which circulate over the Internet. https://t.co/OyCb8JlWn5
@LathaIsloor Please check the facts with regard to what you tweet here perfunctorily. @maidros78 and @sarkar_swati add further distortions.
@LathaIsloor I referred to the sequence of events you have mentioned in the following tweet. Utter factual errors! https://t.co/4T0pvKNF6h
@LathaIsloor Read. Didn't find what you said in the tweet.
@sarkar_swati @LathaIsloor @maidros78 Sri Aurobindo entering into a deal with the British through C.R. Das is a canard. https://t.co/Apw70LHwRU
@LathaIsloor @sarkar_swati @maidros78 Sri Aurobindo was never awarded with Sir. He was in jail for a year as an undertrial; not as convict. 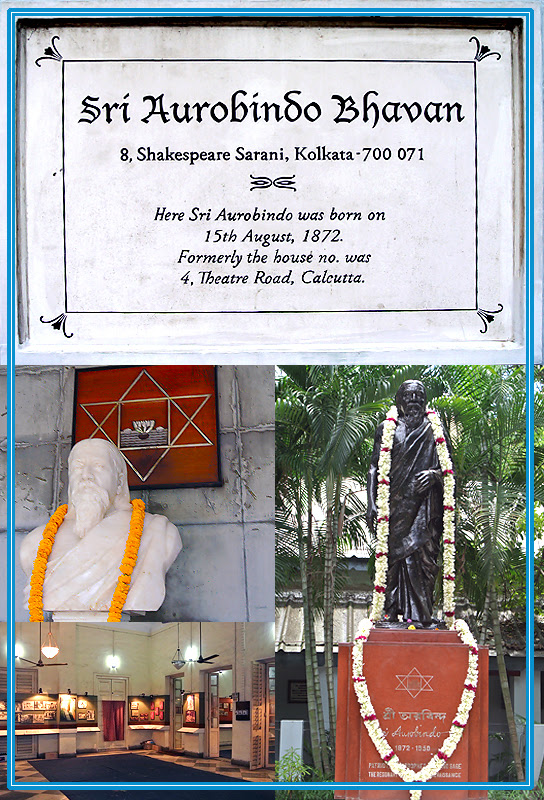 @sarkar_swati @LathaIsloor @maidros78 I don't think "talk" is verbal/vocal/audio. It must be a written thing and so primary source is vital.
Some serious untruths about Sri Aurobindo are being spread over Twitter and I hope people like @dikgaj and @Parikramah help establish facts.
@madhukishwar Many people are floating gossips and rumours about Sri Aurobindo although the story of his life is largely documented by now.
Distorting facts in the age of Wikipedia and refusing to admit making an error, when caught, is really surprising. https://t.co/9illQvEbub
You can't become an expert on Sri Aurobindo without going through his Autobiographical Notes and Other Writings... https://t.co/F1XhWptrXK
"Integral Management" paper presentation plus visiting several lovely locations in the vicinity of Nitte, Karnataka. https://t.co/syCh68oo5l
Hellenism and Hinduism, Author: D.N. Tripathi - humanism, cosmology and cosmogony, nature of justice, social justice https://t.co/gsE9yY99R7