Would have retired from PNB today

Would have retired from PNB today but Google & Twitter helped to build an alternative identity during the last ten years which keeps growing.
Came in touch of The Mother & Sri Aurobindo in 1964 and there is no greater sense of fulfilment today than being able to spread their words.
Strayed into Western Philosophy through Sri Aurobindo without which my understanding of life and society would have been naïve and juvenile.
@avenger_D It would be more profitable if you examine the whole issue in detail & tell what your conclusions entail. https://larvalsubjects.wordpress.com/2016/01/24/reflections-on-philosophical-methodology/ …
@avenger_D Each one is free to draw his own conclusions based on what The Mother and Sri Aurobindo wrote and the way they ran their Ashram in Puducherry.
@avenger_D I try to understand what The Mother & Sri Aurobindo have said and believe in them. Rest are texts, legends, and sundry opinions.
Political relevance of Sri Aurobindo is my strongest conviction today but how that takes on rival ideologies and wins depends on public inclination.
Most go for the easy option of supporting an existing party but the truth is that an ideal party has to be built brick by brick by idealists.
Four years on Twitter convinces me that there is an absolute need for independent thinking beyond propaganda unleashed by parties and media.
Apart from BJP, I'm also opposed to Congress, AAP, the Left, and many other regional parties but extend support on the basis of lesser evil.
When I oppose Modi, RSS, or Hindutva, it's out of my personal preference and judgement and not any direct communication from Sri Aurobindo.
Instead of quoting what The Mother & Sri Aurobindo have said, I just urge to read. Where and how a new person meets is between him and them.
Accumulating even an iota of appreciation for The Mother & Sri Aurobindo is an Evolution of gigantic proportion given the normal life around.
Each person is unique in his life's path & goal. How he benefits from The Mother & Sri Aurobindo can't be predicted or evaluated by another.
Writings of The Mother & Sri Aurobindo include diverse possibilities but their followers must refrain from making false promises & forecasts.
The political appropriateness of Sri Aurobindo's thought vis-à-vis Hindutva, Nehruvian, Marxist, and Ambedkarite positions is very clear now. 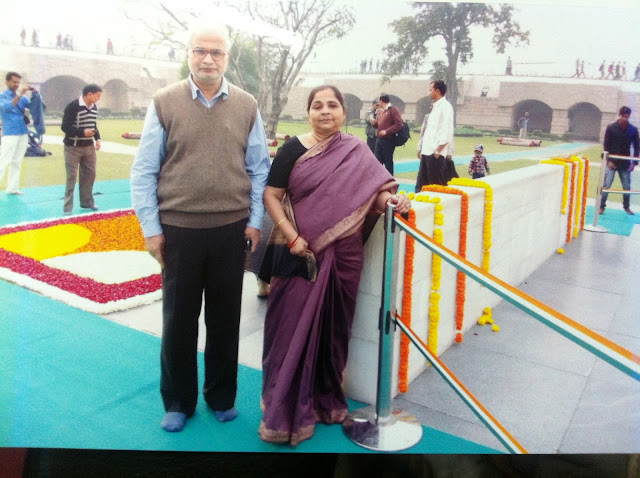