Geography and nature teach the primacy of diversity


Five hundred years back, Copernicus was struggling to prove that planets are revolving around the Sun. The Secret of the Veda by Sri Aurobindo published one hundred years back is still waiting for due recognition by specialists in various fields which might alter their worldview.
Those who come from other streams and affiliations to The Mother & Sri Aurobindo never assimilate them fully. Traditional notions like prarabdha karma, kundalini, samadhi, realisation, experience, guru, avatara, etc. bother them all the while and they judge with those yardsticks.
Savitri Era Religion has not been officially recognised till now and so has no legal validity. Yet it should be taken as a cult or a belief system with no rituals. As a sect it has no formal admission system or any record of devotees. It's absolutely voluntary and exit is at will
Elections are everywhere but actually it's UP which is the real playground. Yadav and Jatav combination is a formidable one and with Muslims becomes invincible. So, impossible for BJP to touch double digit unless there's some EVM magic. Besides, Yogi being an outsider has no pull
If the formula works in one constituency, it will work in most (like it failed in 2014). So no average or sympathy estimates. Further, Modi has zero personal attraction.
Sri Aurobindo wrote on English poetry but a similar undertaking on Indian languages can spread awareness on Evolutionary dimensions. Mobile phones are now allowing consumption of music on a mass scale but how much they aid refinement of emotions is debatable. Still scope for hope
Literature is a gallery of freeze-frames; life is different. Sri Aurobindo seeks to transcend beyond guna or dharma; personal crisis or exigency would dictate action, no matter what the ethical implication. This perhaps gels more with rasa or lila but overall Evolution arbitrates
No one would remotely think that he or she may die before May 23; yet death is the most uncertain and enigmatic phenomenon underlying our life. Sri Aurobindo wrote Savitri to examine this issue with clinical precision and if it can be overcome. Reading a few pages can fight ennui
Religions are a matter of mind, mythology, and emotional manipulation; so they can change in a minute whereas bond with languages and allied cultural soft-power have a more powerful hold. Thus, ethnicity remains relevant despite sweeping universal values imposed by Enlightenment.
Wisdom of founding fathers of the Constitution can't be taken as valid for ever. Time for review: [INDIA joined the liberal forces of the world on January 26, 1950, as a sovereign democratic republic. Under her new constitution, enacted two months earlier] https://t.co/bX8t5LrGlq
I used to be perplexed how such a large number of intelligent South Indian brahmins are confident of the future of Hindutva when the North Indian version represented by RSS is so intellectually impoverished. But their common resistance to Sri Aurobindo explains it to some extent.
Looks like the next PM is a woman. Male contenders would be ready to say pehle aap and that will clinch the deal. May not be from the usual crowd but a dark horse! Federalism is sure to gain focus and someone with some degree of national acceptability can emerge as the compromise

All ancient texts in Sanskrit have problems as to meaning, interpretation, coherence of metaphysical system, etc. Similarly, modern science is full of unverified speculations. In this scenario, no one should put too much of reliance on any specific proposition. Just for caution.
Spirituality is a fertile field for cheats and quacks. In the initial period when one tends to be over-enthusiastic, vulnerabilities are many. Many entice people with practice and assured experience. Some others try to trap with healing. So applying ordinary prudence is essential
Often a good speaker or a superior writer is easily accepted as having attained advanced spiritual levels. But these are skills which develop over a period of time. Suspecting such false projections and judging with common sense is necessary so that others are not misled by them.
Integral Yoga enunciated by The Mother & Sri Aurobindo can be said to be backed by enormous amount of theory, but so far as producing empirical evidence of verifiable results is concerned, nothing has surfaced so far. In the circumstances, its status as syllabus remains nebulous.
It might have its own justification when created but the word Ashram is a wrong interpretation of Sri Aurobindo's vision and its existence has become anomalous. Savitri Era Religion, on the other hand, favours freedom without any austerity or regimentation imposed upon devotees.
Savitri Era Religion draws its validity from the excellent dissent judgement delivered by Justice O. Chinnappa Reddy in the Auroville case. As human collectives both Sri Aurobindo Ashram, Puducherry and Auroville have become problems. They need to be addressed with legal measures
Since science, philosophy, and religion have failed to provide any cogent explanation, Evolutionary paradigm proposed by Sri Aurobindo in The Life Divine proves to be the most plausible option. Worshipping The Mother & Sri Aurobindo is the sole condition of Savitri Era Religion.
Needless to mention that Savitri Era Party and #SavitriEra Religion have global presence in consonance with the #FiveDreams broadcast by Sri Aurobindo on August 14, 1947. #WorldUnion is a distant goal, yet the Evolutionary inevitability of human unity is accelerating the process.
By emphasising more on the spirituality aspect Sri Aurobindo Ashram, Puducherry has neglected the political dimension of Sri Aurobindo's vision. Savitri Era Party has been inspiring and influencing people for taking part in this important venture from 2007 https://t.co/mxqwPMre10
Savitri Era Party is fighting against anti-Evolutionary forces like Hindutva but Sri Aurobindo Ashram, Puducherry is giving shelter to rabid Hindutva elements. Ashram is also home to persons belonging to the atheist, Leftist ideology. Sri Aurobindo Society is another caricature.

Democracy has no perfect past model but relies on people's spontaneity and creativity. Agile representatives and not robots or puppets are crucial for its success or quality. So, multiplicity of voices are in a sense essential. Geography and nature teach the primacy of diversity.
Although plurality or multiplicity is ontologically incompatible with a monistic hypothesis, the Sun as Mitra, Varuna, etc. indicate different powers and personalities though not without the charge of being typecast or programmed. Democracy needs to cater to at least four orders.
Emergence or innovation, therefore, may seem random but even the worst evil or an avatar as its consequence thus are part of the Evolutionary plan. The infinite possibilities fostered by Hiranyagarbha might be so for the human eye as the countless voices obtaining in a Democracy.
So, is process merely an eyewash? No, surely not since Maya or Shunya is affirmative in the final analysis. Even nullifying causality is absurd. Thus, brainstorming or wisdom of the crowd has some validity in precipitating solutions and Democracy is the most appropriate platform.
Exclusive Concentration like Extended Release or Paramarasa limiting itself like in Aletheia is another way of looking at Democracy vis-a-vis Conscious Evolution. Dwapara or Tretaya being in certain ratio of Satya or Vaikhari and Madhyama as some proportion of Pashyanti analogical
Musical notes, Fractals, or Fibonacci numbers indicate a more precise mathematical order behind the reality sending shudders down the spine of a Democratic spirit. On the other hand "Doesn't occultism lead straight to fascism?" asks J Strube. Same old debate on fate vs. freewill!

Not ignoring low-followers but serious handles dispensing authentic information despite certain politically unpalatable opinion is also important. Throwing the baby out with the bath water needs to be avoided to create a level playing field. https://t.co/8rHp8Iu0Dh 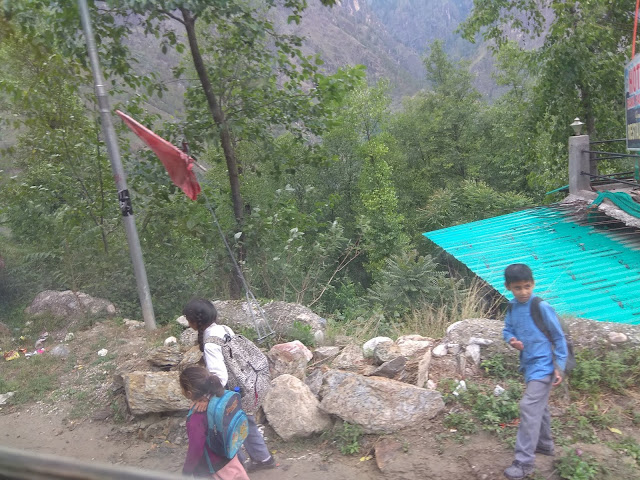