Humanity must discover the hidden Harmony

Sri Aurobindo passed away on December 5, 1950 and after nearly seventy years his contribution to theory has not been adequately recognised. His words however are more relevant to actual happenings and certain dramatic turns give hope to the Vedic ideal of Truth, Good, and Harmony
What is popular or dominant today can't be a justification for its future validity. Current political scenario similarly isn't the best available option. The Mother & Sri Aurobindo worked together from 1914 to usher in a new social order. Humanity must discover the hidden Harmony.
It is exclusive and there's no shame or hesitation in saying this. Savitri Era Religion is the solution for the future and the whole world will have to embrace it sooner or later. Tomorrow is the death anniversary of Sri Aurobindo; understanding its significance can bring clarity.
https://twitter.com/NathTusar/status/1202125197387685889?s=19
Neo-Hindu sects are the greatest impediment for spreading the knowledge and vision of Sri Aurobindo. They are prosperous, influential, and powerful.
In the context of ideological vacuum pervading in India today, following Sri Aurobindo is the only sane avenue. Understanding this imperative is not easy as grasp over diverse thought currents is necessary. SavitriEraParty has been spreading awareness for developing perspectives.
Better to think about 1840 and various reform movements which cropped up due to Western education. Thereafter, every major stream has contributed; enriched the dialogue. So difficult to label whether something is a damage or not. Sri Aurobindo says in SoY even evil is good later.
Auroville conflict, Agenda dispute, Savitri controversy, and Heehs imbroglio have left The Mother & Sri Aurobindo's legacy much scarred. Simultaneously, many fresh facets and perspectives have come to light. So, redefining their work and worldview is necessary for new generation.
Mother's Agenda is a monumental set which sets the record straight that she was not happy with many things which was going on in her name but permitted out of politeness or practical reasons. Enthusiasm of some disciples resulted in various rituals and so they need to be reviewed.
A better life or harmonious society can't be too far from politics. In fact, all collective action fall in the political domain. Running a voluntary organisation or ensuring fair play itself is a gigantic task. Apt rules and regulations in sync with aims and objectives essential.
There's much confusion about All life is yoga since silence or meditation are ordinarily considered indications of spirituality. The Mother & Sri Aurobindo recommend inner silence and dynamic meditation in the midst of work or unfavorable circumstances to stimulate transformation
This is a common rhetoric but a deeper look won't find much difference. Basically, it's the Enlightenment and Modernity ideals to which Sri Aurobindo adds a high dose of Messianism. Indian/Hindu spirituality otoh has nothing special to offer as spirituality exists in all cultures 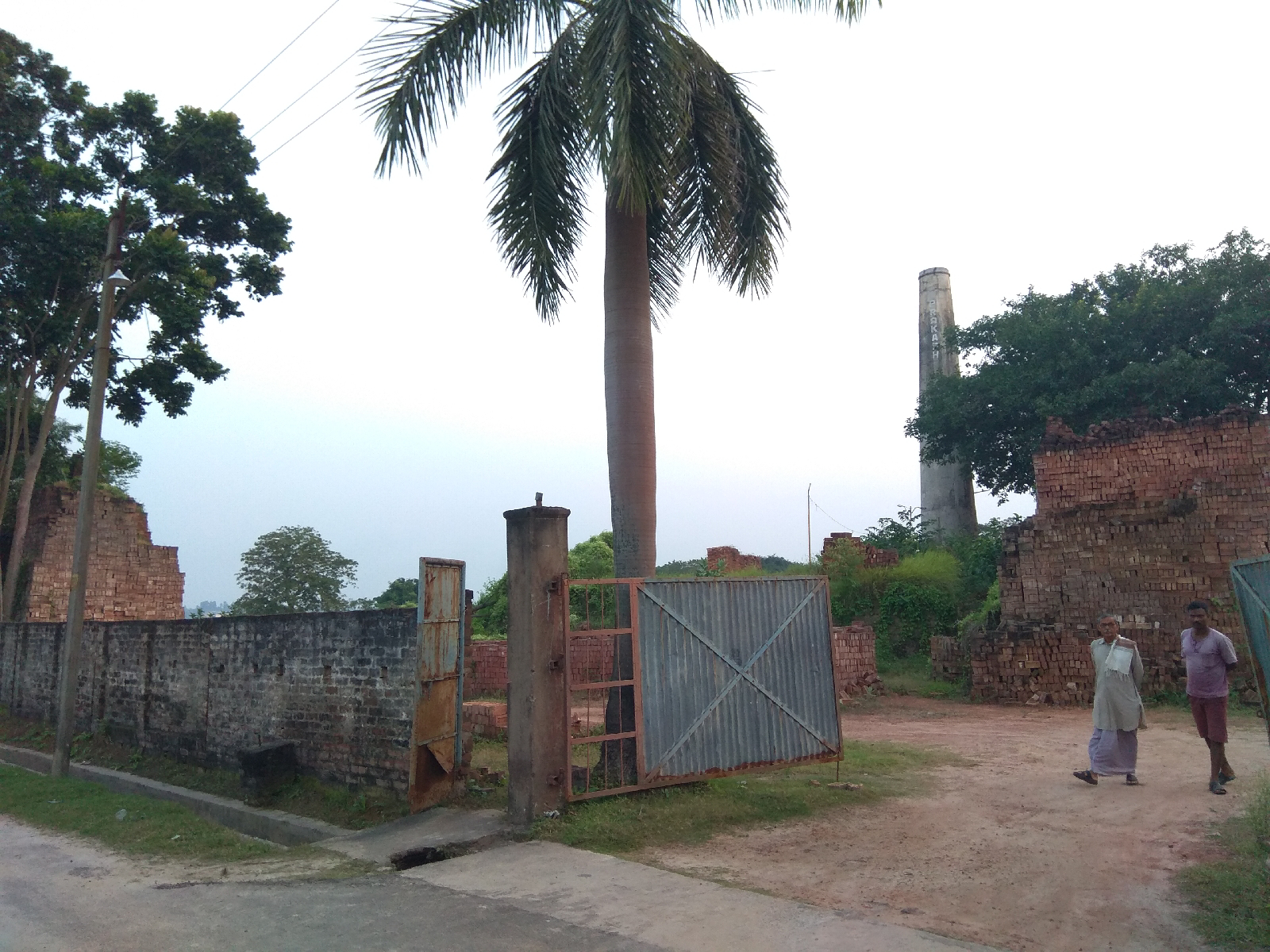 Both Marxist or Humanist viewpoints, though valid from a practical angle, have been found wanting in the course of tides of time. Sri Aurobindo's solid logic for unfolding of future Evolution towards Vedic immortality therefore holds out much hope amid widespread disillusionment.
Those brought up on Hindutva diet are complacent about new thoughts and ideas but The Mother & Sri Aurobindo provide a platform for Evolutionary thinking. Substantially material or mechanical solutions are not the right approach, yet their forming the substratum can't be ignored.
One interesting thought experiment is whether a competent scholar could have written all that Sri Aurobindo has written. This is blasphemy for the devotees but the answer is yes. Once one is able to penetrate his web of terminologies, his arguments are fairly simple and elegant.
It's absolutely necessary to shed one's sectarianism for discovering Sri Aurobindo under the universalist lens. Besides The Mother's role in forging this Integral paradigm has to be appreciated in toto. Lastly seminal facets educed by their Western disciples and scholars crucial.
Yes, Sri Aurobindo has deciphered the real meaning of Vedic utterances by just exploring the suppleness of Sanskrit words but he doesn't claim the Veda to be the only important book or Hinduism as the greatest religion. He gives a blow to Perennial philosophy and launches his own
Sri Aurobindo as a lover of poetry was a keen aspirant of Intuition and he applied the same route for his spiritual attainments. So, poetry for him is not merely a cultural tool or means of aesthetic pleasure but a source of opening myriad pathways for Evolutionary possibilities.
Integral Yoga has three basic elements but Aspiration is pivotal. Rejection and Surrender are rooted in traditional paths but an Aspiration - not out of crisis or ambition (arta and artharthi) - but a steady, intense, and prayerful certitude for the promised Harmony is essential. 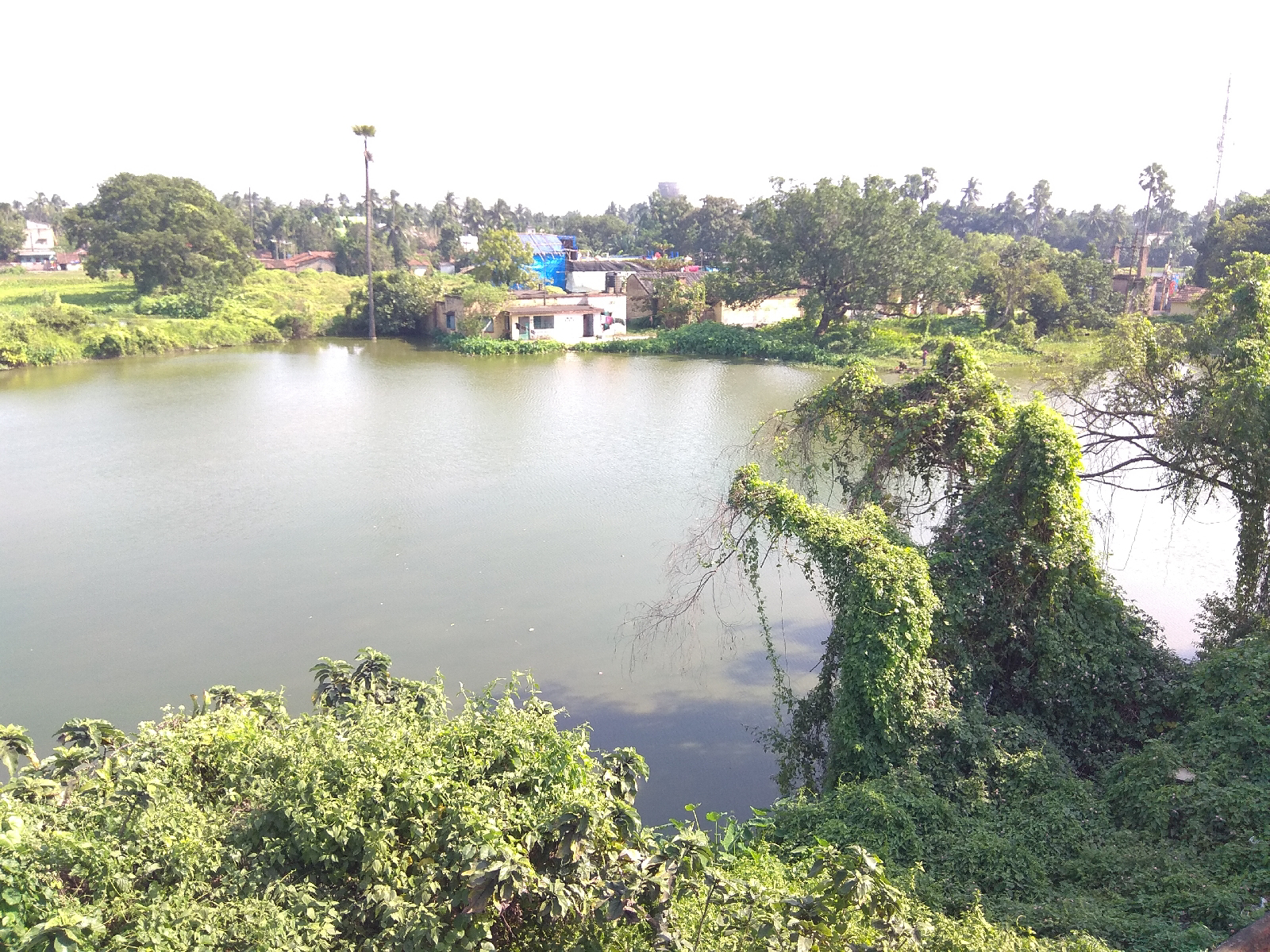 On the face of it, it would seem Sri Aurobindo is foreseeing the consummation of Enlightenment ideals & Modernity but his stress on spirituality postulates that all actions ensue effortlessly from the Supramental consciousness and not as rational groping or grappling with choices.
The Life Divine providing a rational thesis like Involution as being the cause of Evolution is the easier part since some clues were available in the Veda and Upanishads. But what Sri Aurobindo speculates as the outcome of Evolution is more interesting.
A lot many people indulge in name dropping but I haven't seen anyone on Twitter to have read Sri Aurobindo with passion or dedication during the last 7-8 years. RW stalwarts have exhausted themselves with nothing new to offer but they won't read as they are all celebrity writers.
Democracy enjoins upon citizens to be watchdogs but that doesn't entail power to be the be all and end all of civilisation. Further, past needn't be the sole guide for how the future would take shape. Sri Aurobindo is a profound voice on this score and aspiration is most crucial.
In my assessments, I prefer not to associate Sri Aurobindo with the Ashram or Auroville, for they are local and limited experiments, bound to have shortcomings. The advent of The Mother & Sri Aurobindo needs to be perceived from a much vaster perspective; something unprecedented.
Sri Aurobindo was involved with mass politics for a while but perhaps never believed in the wisdom of the crowd. He was aware of futility of Marxist prophecies and Christian messianism. He wrote about future in the tradition of a teacher without much concern for practical affair.
Basic purpose of Indian Constitution is to orient every person of an ethos transcending narrow boundaries like region or religion. This boils down to an imposition; but Sri Aurobindo charts out the philosophical foundation and a method of psychological practice to inculcate that.
No evading at all; I stand by what I say. Born on August 15, Sri Aurobindo is an undisputed harbinger of modern values ushered in by Bengal Renaissance and left his body once the Indian Constitution was drafted and approved. As a critic, his sweep is wide ranging and prescriptive
https://twitter.com/NathTusar/status/1091429749681868800?s=19
Tusar Nath Mohapatra on 25 November 2019 at 2:30 am
The book, Hegel’s India speculates on the influence of Gita for crystalizing his concept of the Absolute. His copious writings relating to Indian philosophy and religion are available in one volume now.
Among crowds of stereotypes and growing platitudes, The Mother & Sri Aurobindo are the only source of newness and possibilities. Apprehending them in an ever newer fashion in order to comprehend their assurances and insistences is a necessary modality. No limit to their wonders.
Sri Aurobindo dreamt the impossible when the country was under foreign rule. Not only freedom but unity of the whole mankind and even beyond that. He was confident that Immortality is not merely a thing of imagination but is attainable. Freedom from death: Savitri became relevant
Sri Aurobindo came to Chandannagar to escape British persecution and later he shifted to Puducherry. Sixteen years later on November 24, 1926, came the Siddhi. No one really knows what it is as its significance is much vaster than what the word denotes. The hour of the unexpected 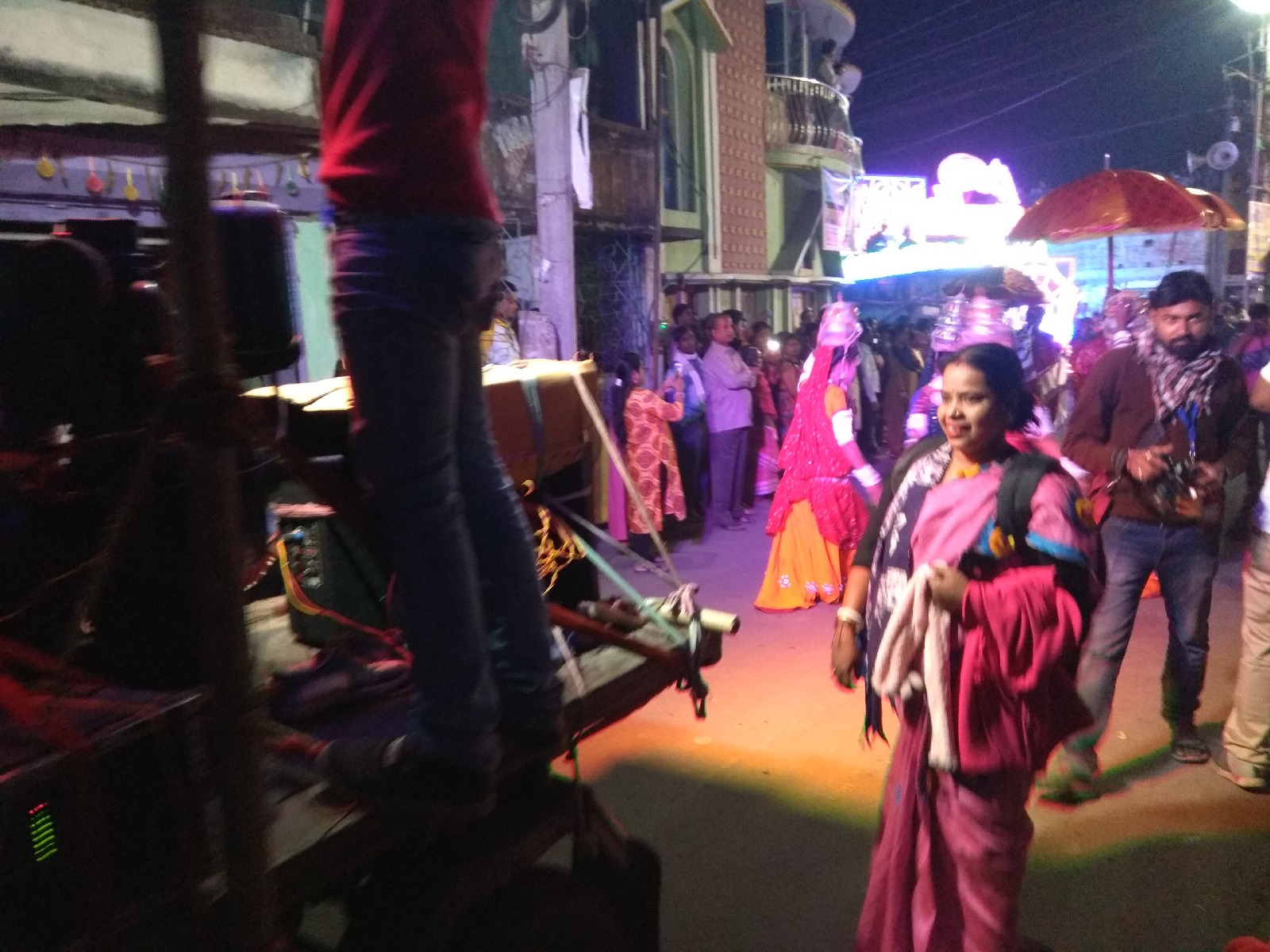 No one expected that RSS would teach tolerance and liberalism but that's what Hindutva hawks are learning to their chagrin. #KulkarniDoctrine is working wonders so far as Statecraft is concerned. Nehruvian consensus has its advantages but it needed to be repackaged sans Dynasty.
Colonialism and the Freedom struggle of epic proportions followed by prolonged rule by a Dynasty turned the Democracy in India into a sort of mythology. Current phase can be seen as a welcome change towards down to earth participatory politics with the downside of herd mentality.
Most schools tend to draw one to their core while in the teaching of The Mother & Sri Aurobindo, the learner is constantly pushed towards the margin. References and allusions galore at each step so much so that one is forced to consult other sources and exegeses for more details.
Both life and philosophy are ongoing affairs - work in progress - never complete; so there can't be any final explanation or ultimate analysis. Those advising on life matters must keep in mind their own age and experience. What you feel today can prove to be puerile a year hence.
Obscurantist sentiments are normal or even fashionable and prestigious at the moment but Savitri Era Learning Forum (SELF) has been campaigning against such trends since 2005. Championing Integralism through interdisciplinary modes remains our focus with Sri Aurobindo as fulcrum.
Savitri Era: Sri Aurobindo as fulcrum https://t.co/IDwnw57Db2
Savitri Era of those who adore,
Om Sri Aurobindo & The Mother. @NathTusar #SriAurobindo
Reimagining and Refashioning Integral Management - Tusar Nath Mohapatra, Savitri Era Learning Forum (SELF) Ghaziabad https://t.co/YGoEhdLyp7
Harnessing Western Philosophy for Self-Management
TN Mohapatra
SAMSMRITI SAMS Journal 10 (2), 16-17 2016
Reimagining and Refashioning Integral Management
TN Mohapatra
Nitte Management Review 9 (2), 1-18 2015
https://t.co/35A274GeOu
#MirraAlfassa #SriAurobindo #WorldUnion #SAVITRI
Posted by Tusar Nath Mohapatra at 4:36 PM