Sri Aurobindo enthuses us to be open minded

We are used to the world situation being described in terms of different Nations but that's an illusion. Truth be told, humanity is one with males and females forming the primary division. Then there are young and old, poor and rich, blue and white collar, villagers or city etc.
Reading the books by The Mother & Sri Aurobindo trains to think in terms of human concerns and possibilities. They have even dreamt of a life without death. Thus national or religious identity and all the competitive or combative emotions associated with them need to be eschewed.
It seems that I have lived 64 years in a flawed nation that didn't have #CAA and didn't know this is so crucial on humanitarian index. It's equally intriguing why such an avalanche of opposition has occurred given its salutary nature. Btw what happened to Women's reservation Bill.
It's now difficult to distinguish whether protests are against #CAA or #JamiaViolence and they are absolutely separate issues. Some are suggesting that it's venting of cumulative anger or human tendency for violence and Govt. must facilitate such opportunities from time to time.
Normal human propensity of spotting the Other and being embroiled in all kinds of emotions surrounding it is part of standard academic discourse. What Sri Aurobindo brings to the table is how to turn the tables by locating Evolutionary meaning and trend within quotidian responses.
It's amusing to hear Congress complaining of distortion of history. A party which didn't concede even an inch to Sri Aurobindo is bound to be found at the receiving end. Marxists acting hand in glove are already in the doldrums. Still both rank high on Evolutionary parameters.
Beating up present citizens for the sake of future citizens is something paradoxical like donating money for becoming rich in next life. Matters of Statecraft are really so complicated or convoluted and hence Democracy enjoins upon ordinary citizens not to bother much about them.
Democracy doesn't obliterate human nature; it accommodates all kinds of innovations and idiosyncrasies, irreverences, deviance, or perversions. How to deal with them are part of the system and a matter of perpetual philosophical pondering and rumination. No hard and fast rules in Humanities.
Shastri had resigned as Rly Minister; VP Singh has resigned as UP Chief Minister. It needn't apply to all. Thus responses would be different. The person therefore is crucial; how he would perceive the threat or imagine ways and means of deriving the best advantage from any crisis
That's a tad unfair for we do not know whether the turn of events metamorphose Modi into Gorbachev and he deservedly wins Nobel Prize for peace in 2020. I expect many dramatic developments since Modi must have become thoroughly bored now in his present job of acting a 56"PM 18x7.
Modi symbolises maximum media mobilisation for image building as well as almost absolute concentration of power. Yet, he is in trouble over solving an issue of this gigantic nation. It corroborates the inherent fissiparous nature of the nation which is unwilling to hold together.
It's perhaps instructive to recount a mythological episode. How King Parikshit couldn't save himself despite being absolutely secluded and heavily guarded. However #CAA can be an excellent lesson in History as one can travel back in time to revisit events. https://t.co/3uSOLLcHuo
Your personal happiness is understandable but you are more trusted for the larger picture. Hope, that assessment will emerge a few days later. 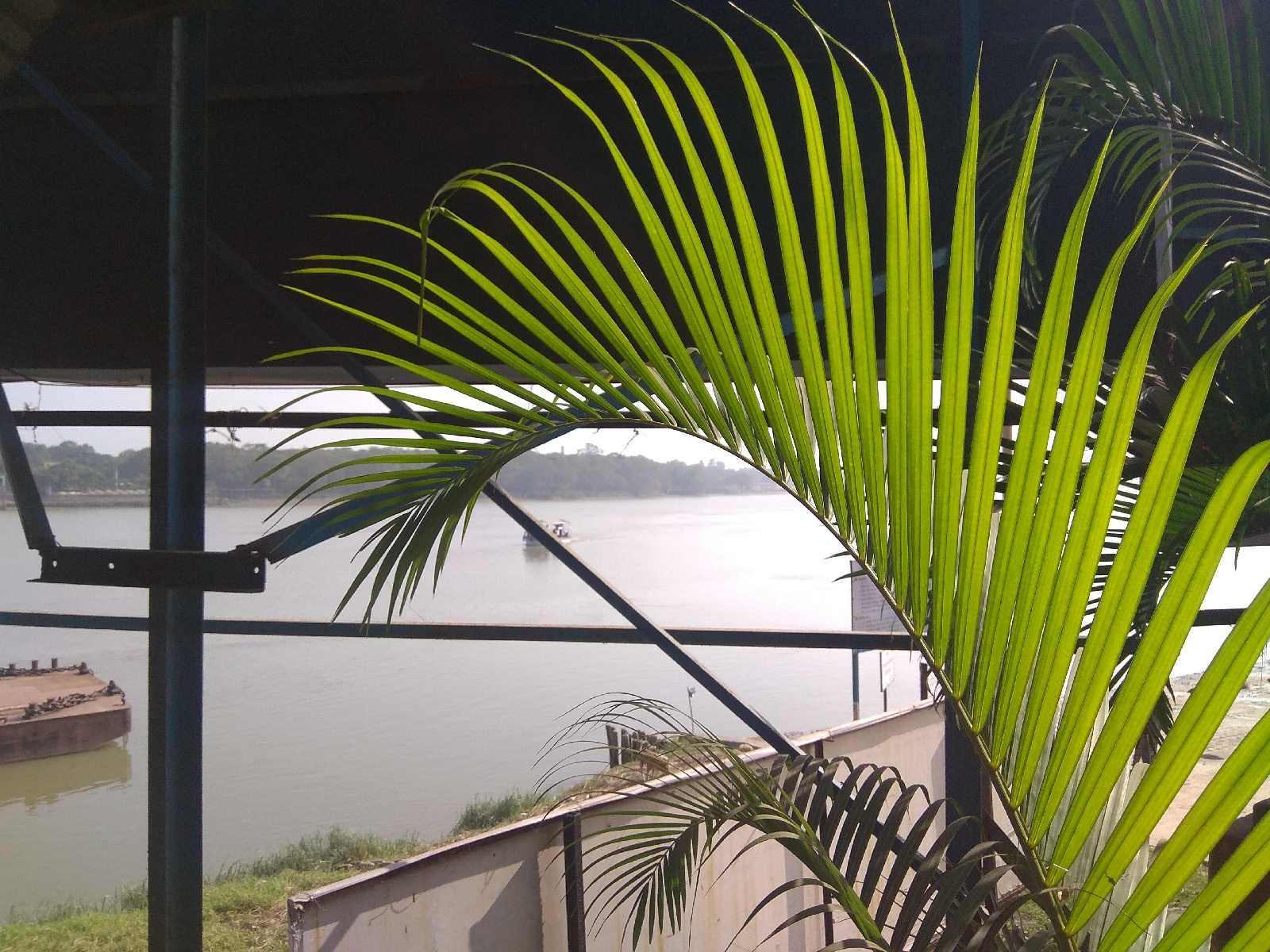 Due to lack of adequate awareness or competence, I don't talk about political situation in foreign countries but there must be many trends or developments in line with Sri Aurobindo's vision. #WorldUnion will cover the entire world and stimulus or impetus can come from anywhere.
Describing past scenarios as if one possesses a panoptic vision is a habit with many but is an illusion. Mythology enthuses to weave neat narratives and even imparts prestige and credibility. Reality however is much more complex and extant texts are no guarantee for any veracity.
As far as I understand, Sri Aurobindo valued heroism, no matter which side one is. He admired unflinching, unalloyed loyalty, sincerity, intensity, and the sense of sacrifice; perhaps in the Shudra sense. Any tinge of bargaining spirit or manoeuvring attitude would attract his disapproval.
It's difficult for people to overcome the bondage of the past and think in terms of something new but Savitri Era Religion is the reality of the future. The Mother & Sri Aurobindo have charted out the path of future Evolution infallibly. Receptivity for new Consciousness needed.
Although highly intuitive Evolutionary theories are available in Schelling and Hegel, Sri Aurobindo has the advantage of writing after Darwin. Even he surpasses his contemporaries like Bergson, Samuel Alexander, or Teilhard de Chardin in formulating a coherent theory of Evolution
Sri Aurobindo brought his knowledge of the West to examine how far the ancient Indian wisdom is relevant. The Veda and Upanishads proved to be far more seminal than what was perceived. He incorporated the theory of Evolution into it to produce an epochal book like The Life Divine
People are so engrossed in the political game that analysing the very principles of politics is conveniently forgotten. Sri Aurobindo dwelt upon these basics extensively a hundred years ago in The Human Cycle and The Ideal of Human Unity. Delving into them is a must for everyone.
Individual existence should be more of concern in a Democracy than ancestry or collective identity. Both Modernity and Spirituality stress on this aspect. Biology and Psychology too announce one's uniqueness at each moment. Sacrificing that at the altar of politics is upsetting.
Multiple versions of mythological tales spread the impression that multiple accounts of historical events and biographies are okay. Those with agenda utilise this option to the hilt without any compunction. No organisation or journal has taken up the burden of correcting history.
1914-19 is a long period and Modi govt. can't be accused of pursuing any sinister agenda. It has acted in terms of necessity and rationality. (Corporate/Reliance guidance in its working can't be ruled out). Opposition criticism is political and not objective in recognising merit.
Sri Aurobindo interprets go as light in his The Secret of the Veda. @VOXPopu03028596
Reading helps. Needn't be very focused; even random pages from The Mother & Sri Aurobindo can lead to interesting destinations. Worth trying. https://t.co/aUsRbWi22m
Reading #SriAurobindo is the way for eradicating darkness.
That's also the most potent way for change of heart.
Availability of Sri Aurobindo's writings in slim and manageable volumes is a real problem. Interesting compilations can influence the younger generation. Instead of focusing on what Sri Aurobindo says, how he encourages developing an open mind and critical reason should be told.
He has written on different subjects. He had to respond to Buddha, Shankara, Sayana, Dayananda, Vivekananda, Max Muller, Marx, Darwin, Nietzsche, Freud, James, Dante, Milton, Coleridge, Blake, Arnold, Spencer, Fichte, Kant and many others. His oeuvre is no less than a University.
All ideologies including Hindutva have to win their rightful place through dialogue and democratic negotiation. Sri Aurobindo opened many frontiers like reinterpretation of the Veda to confront rational and secular outlook. Building on them should have been the priority but alas!
Session on Savitri by #SriAurobindo at Chandannagar, West Bengal https://t.co/TlEWzWFRrB
River Saraswati in Tribeni, West Bengal https://t.co/C6B1o7d7Nt
Framing the illimitable https://t.co/1VU6FpHzrO
Sri Aurobindo Relics Centre, Chandannagar https://t.co/4p2X9V1JuP 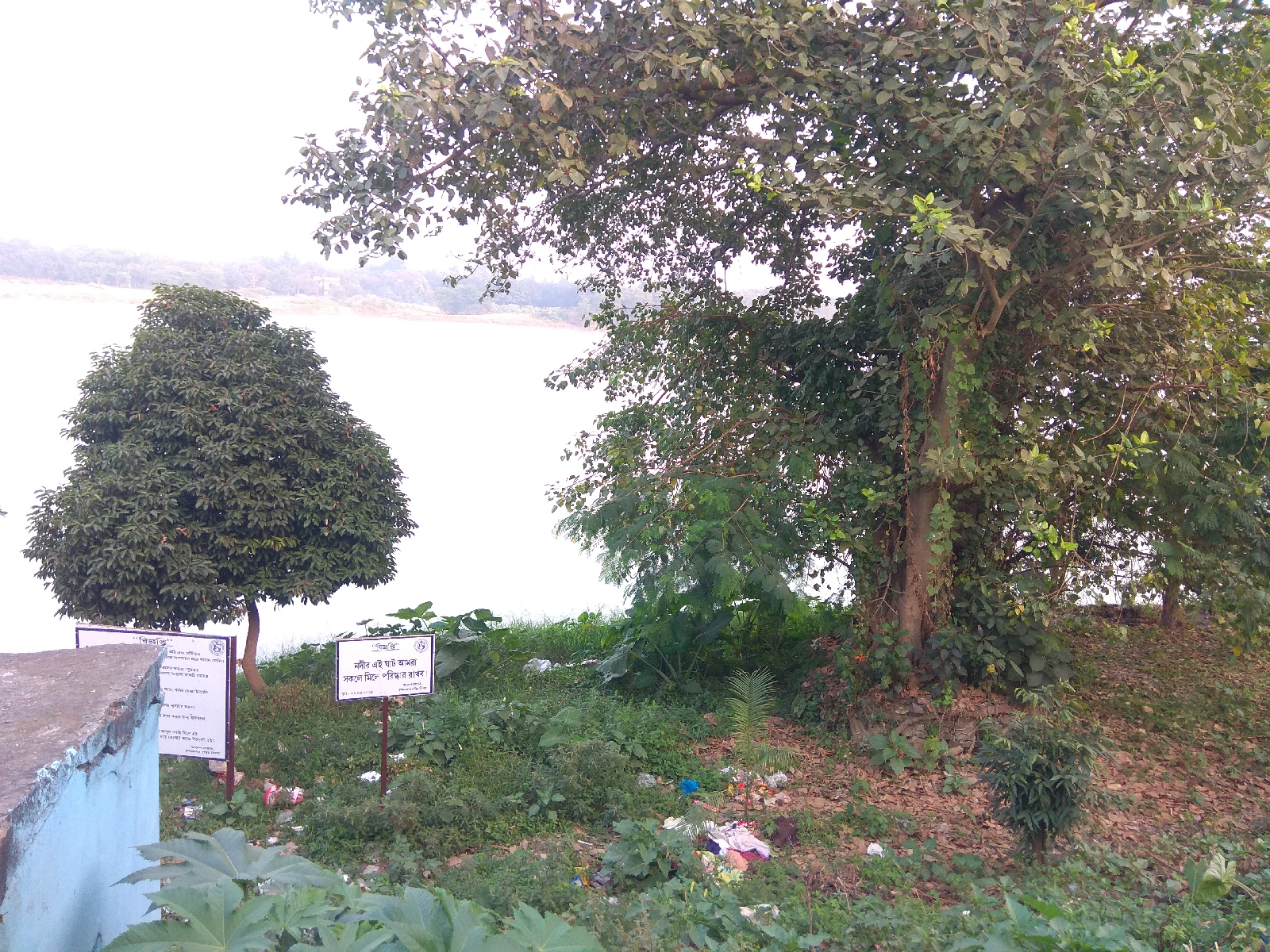 Due to lack of adequate awareness or competence, I don't talk about political situation in foreign countries but there must be many trends or developments in line with Sri Aurobindo's vision. #WorldUnion will cover the entire world and stimulus or impetus can come from anywhere.
Sri Aurobindo's dream of #WorldUnion provides the broad principle and how it works out is certainly not linear or clear. Nor historical examples are the only guide. What's important is Evolutionary direction and for that no one is more reliable than #SriAurobindo. #FiveDreams
Congress, Marxist, Hindutva, and Dalit camps suffer from the same disease, i.e., indoctrination. Thus majority of our countrymen have no means to test or taste alternative narratives. Sri Aurobindo enthuses us to be open minded and inculcate critical reason. Indians must respond.
Glorifying the past has not much meaning today as Internet supplies instant information. Work of present achievers and scholars needs to be spotted and recognised. Compiling a top three list in different fields can be informative as well as appreciative of the persons concerned.
Both Hinduism and Nationalism are false slogans which some people keep repeating to delude themselves. Self-interest is the mantra which drives diverse people including the most virtuous or saintly. Vedic Harmony as envisaged by Sri Aurobindo however is of a different wavelength.
Having witnessed or undergone various forms of distorted history or episodes of false propaganda during the past sixty years, there's no hope of any reasonable account of truth becoming mainstream. Influential persons & institutions turning handmaiden of political narratives sad.
Freedom from Mythology and Rituals is necessary for internalising the gains of Modernity. Art and Literature have their utility but stretching it beyond a point is counterproductive. Harking back to tradition in the name of culture and civilisation corrupts the minds of children.
Reimagining and Refashioning Integral Management - Tusar Nath Mohapatra, Savitri Era Learning Forum (SELF) Ghaziabad https://t.co/YGoEhdLyp7
Harnessing Western Philosophy for Self-Management - TN Mohapatra
SAMSMRITI SAMS Journal 10 (2), 16-17 2016
Reimagining and Refashioning Integral Management - TN Mohapatra
Nitte Management Review 9 (2), 1-18 2015
https://t.co/35A274GeOu
#MirraAlfassa #SriAurobindo #WorldUnion #SAVITRI
Posted by Tusar Nath Mohapatra at 10:42 PM