Some of the sayings of The Mother & Sri Aurobindo, if taken in isolation, can create misleading impressions. Tweets, therefore, are most unsuitable for disseminating their ideas in their own words. There is a tendency to judge them on the template of past religions or earlier philosophers. That they represent altogether new conceptions of the future and human potentiality is rarely appreciated. 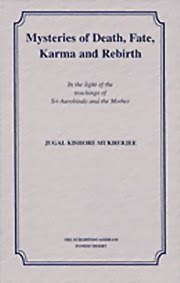 One of their key contributions is to unveil the underlying principle behind the four Castes. This is most relevant for Management studies. As we live in a world that needs human initiative on a continuous basis to survive, understanding our orientations and limitations is quite essential. While the Vedic insight aquaints with the qualities associated with each Varna category, the Yogic imperative is to surpass and integrate with other capabilities.

Although the power of Yoga owns the freedom of operating in any part of our being, the supremacy of the mind must not be belittled. We have observed in the Heehs imbroglio how people were sucked into vested vortexes and missed a pure intellectual standpoint. The same can be said about the Obama or the Modi election campaigns. So, preserving the independence of critically examining even the words of The Mother & Sri Aurobindo on the touchstone of rationality and practicality is no less important. [TNM55]

Tweets: [The Thinking Indian: Essays on Indian Socio-Cultural Matters in the Light of S... http://t.co/8XJ5k2zxNt via @amazon]

Those anchored to - and convinced of the supremacy of - Hindutva can never make peace with something new and unconventional dawning upon them.
Believing deeply that the future will unfold in line with what is written in the past by unknown seers constitutes an exasperating Ontology.
Most issues are human and Ontological and don't arise merely from the Hindu-Muslim problem or the Indian-American cultural conflict.
@HarminderjitS Nothing so pessimistic about the lived reality and we must discard lenses with worn out religious and nationalistic criteria.
@HarminderjitS People are doing fine wherever they live, but your telescopic view is too pessimistic and paints a negative picture.
One fine thing about Sri Aurobindo's The Life Divine is that it lifts you away from the confines of National boundaries & Cultural ghettoes.
Utter misconceptions on why he left Bengal and widespread prejudices about the Ashram have prevented Sri Aurobindo's thought from spreading.
[But perhaps Matriprasad Satyamurthy really believes that Sri Aurobindo escaped to Pondicherry out of fear than was] http://t.co/8FVXut6zxa
[Auroville's business mantra is less about profits and scale and more about creativity & community. That's why Mason] http://t.co/lIWCJTs1v6
[Does all success need to be replicated? Is some potential best left unrealised?  In praise of un-marketing] http://t.co/P6fwE8zWtQ
[Śri Aurobindo thinks that Heraclitus seems to recognise the inextricable unity of the eternal and the transitory,] http://t.co/isHb7dkOVl
[Sri Aurobindo’s Rare Interview published in “The Hindu” in 1915 http://t.co/qEHCtutYmN via @wordpressdotcom]
[Lele is just as likely to be reading Jaimini or Kūkai or Xiong Shili, as he is Plato or Augustine or Marx.] http://t.co/dTWKPHjHAn
[Slavoj Žižek thinks political correctness is exactly what perpetuates prejudice and racism] http://t.co/22Am8HKvGO - http://t.co/oaxagoSYj5
[i undertook this study to deepen my own insight and understanding and am not trying to teach anyone about anything.] http://t.co/w2lHeffGkZ
Sri Aurobindo unveils the underlying principles behind the four Castes. This is most relevant for Management Studies. http://t.co/vzXyYdr910
[The Integral Yoga and the Activities of Daily Life] http://t.co/hosbtYE4zI
[The Method of the Integral Yoga] http://t.co/qWEhzCgdr1
@inrealisation Monkey, Seagull, et al
https://t.co/vwIuf9dfm6 - http://t.co/tSLMDQBewl - http://t.co/hoyKywoMfn