BJP capturing power at the Centre is an outcome of multi- cornered contests in many States. That advantage will dwindle with time with opposition ganging up. So the future scenario is grim for BJP unless it embraces moderate and modern outlook. Hindutva like CPI-ML signals fringe.
Modi giving the country a reasonably sound govt is surely a sixer. It has earned BJP widespread appreciation and credibility. But Delhi elections have exposed its limitations. For earning that extra six percent votes, ideological stance has to be spelt out clearly. No doublespeak.
Marxists dropped violence to participate in the electoral process. But ideologically, it's integral to their mindset. BJP's position vis-a-vis Hindu Rashtra, similarly, should be laid bare unequivocally. Otherwise, you lose in the perception game without any long-term advantage.
Modi govt hasn't cut down benefits for Muslims but the appeasement slogan has vanished. This proves how much non-existent facts were peddled to spawn hatred. Another is Muslims going to be majority but a study says max 5 pc decline in 50 years. These kind of mischiefs should stop
Congress got a golden chance to revive itself for a decade but came a cropper due to leadership crisis. BJP must turn into a duly democratic party with transparent intra-party elections. Imposing leaders will take it in the Congress way; more than two terms for Modi will enfeeble.
I think, Modi has performed admirably in withstanding the Hindutva absurdity from within, for pragmatic reasons. So, let's give the devil its due. Any positive transformation on the part of RSS/BJP is a great leap forward for our polity. That should be welcomed, and it's evident.
UP voting was a bit more complex; opposition alliance caused terrible confusion in the cadre and the experiment failed then and there of which BJP was the gainer. That three-way division is not going to vanish any soon.
The false mother said yes to the baby being cut into two halves but the real mother cried to shout a big no. Those filled with hatred are like the false mother who don't bother about the country. Those don't agree with them like the real mother must wait, wet with their own tears.
Govt has on its side at least half a dozen authors who retain credibility and command respect due to their diverse interest and depth of research. This is a substantial gain but when it comes to Hindu Rashtra and how it strikes at the root of the Constitution, they are ambivalent.
I respect knowledge as well as different shades of opinion but fundamentalism or fanaticism has to be opposed. Assuming that the country belongs to a particular religious faction is a mythological superstition. Hence the notion of a nation post 1947. Thankfully #CAA ratifies that.
BJP in present form lacks representative character and hence is unstable and unsuitable. It has to occupy the Congress space of yesteryears. Hindutva albatross needs to be thrown away and local leadership developed. Modi must leave after two terms. Nitish Kumar is best successor.
Present protests owe their genesis to Ramdev's aggressive campaign against black money in 2010 who misused his TV popularity as a Yoga teacher to hoodwink followers. Many distortions have been perpetrated since then to disfigure Democratic edifice. Anna Hazare is another culprit.
Agree with you and I defend govt's right to do what it feels right. My concern is how a genuinely Democratic party functioning can emerge. It's difficult but that's the ideal. No party has been able to develop intra-party Democracy till now satisfactorily.
https://t.co/aAdNqPk4c8
https://twitter.com/NathTusar/status/1229310201397858304?s=19
PM admits facing pressure and it's certainly a matter of Democratic negotiation. Lack of adequate policy evolving mechanism in the party is responsible for such whimsical decisions. Dictatorial functioning has this danger of digging its own grave. Hubris won't pay in the long run. 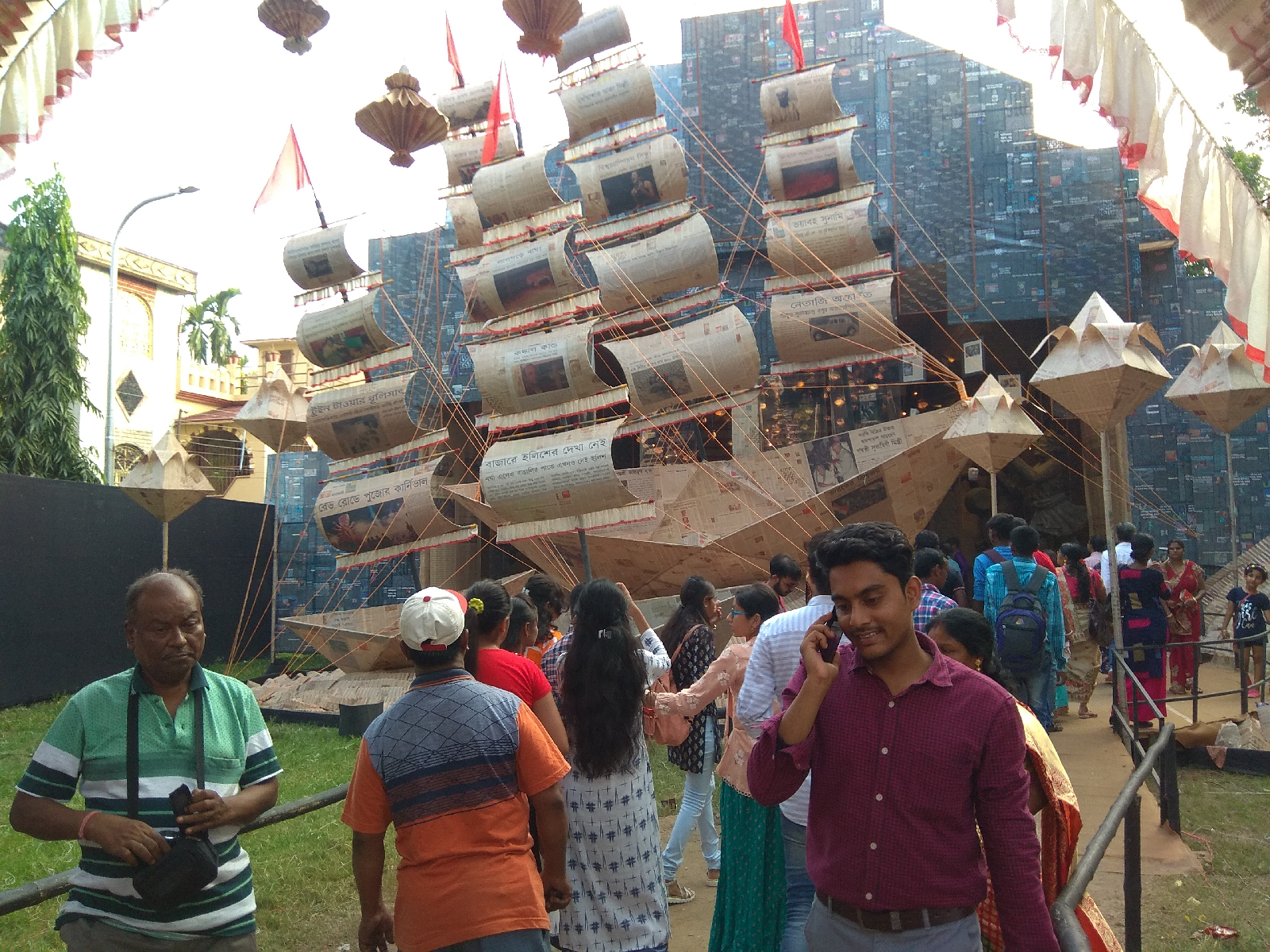 I don't think govt can solely be blamed for economy or industry. Market has its own logic and compulsion aided by technology and consumption. So any complain on that score is not fair. As regards The Mother & Sri Aurobindo, we shouldn't limit their vision in reductionist fashion.
I think, such pessimistic outlook should change; see the quality of life improving around you and large number of people coming out of poverty and squalor. The poor are the biggest beneficiary in many ways. Technology is a big enablers and it's the beginning only. Market rules.
That's because we lack entrepreneurship and it takes time. If a couple of sectors are vibrant today, it will lead to others catching up due to multiplier effect; Say's law. And when the overall sentiment rises then no looking back but Hindutva is a severe drag in terms of outlook
We are in a very rudimentary stage of Market dynamics. Wolfs are dominating now but with time they will be exposed; order and honesty will drive Market. "Commerce begets courtesy" is an old saying; it's a compulsion and natural outcome. So, let's keep our hope for change, intact.
Everyone searches for a job instead of opening a shop; that's a major factor that rules sentiment. With affluence, confidence to take risks will rise; also craving for freedom. All this will happen in a gradual manner. Present scenario may be disappointing but we are going there.
Agree with your observations and in the event of helplessness of we ordinary citizens, the only option is to aspire for the scenario Sri Aurobindo paints in the last chapter of The Life Divine. My feeling is that we are still under the clutch of foreign forces like East India Co.
"Prosperity accentuates individuality" is a simplistic formulation. That self-interest has ceased to be an effective driving force in human affairs is also doubtful. Exclusive Concentration principle is at the core of individuality and self-interest is integral to its sustenance.
https://twitter.com/SavitriEraParty/status/1229538661265498112?s=19
Supra-ethical state is not a negation of the ethical or intellectual propensities; it's an advancement without any obligation for constantly checking against ethical ideals. So ethical chrutches are never thrown away. Self-interest acquires spontaneity, luminosity, and sublimity.
Sri Aurobindo's interpretation of the Veda would reveal many more things, profounder meanings. So you are missing much.
Two-three chapters from Sri Aurobindo's major works or Letters on Poetry can be very rewarding. As you know, #SriAurobindo has not been appreciated adequately till now and needs to be discovered. Thanks.
I haven't read it but appears to be a good overview. There are many other books also. Hope you check. Thanks.
[The Integral Philosophy of Aurobindo: Hermeneutics and the Study of Religion
Brainerd Prince
Taylor & Francis, 20-Jan-2017 - Religion - 252 pages] 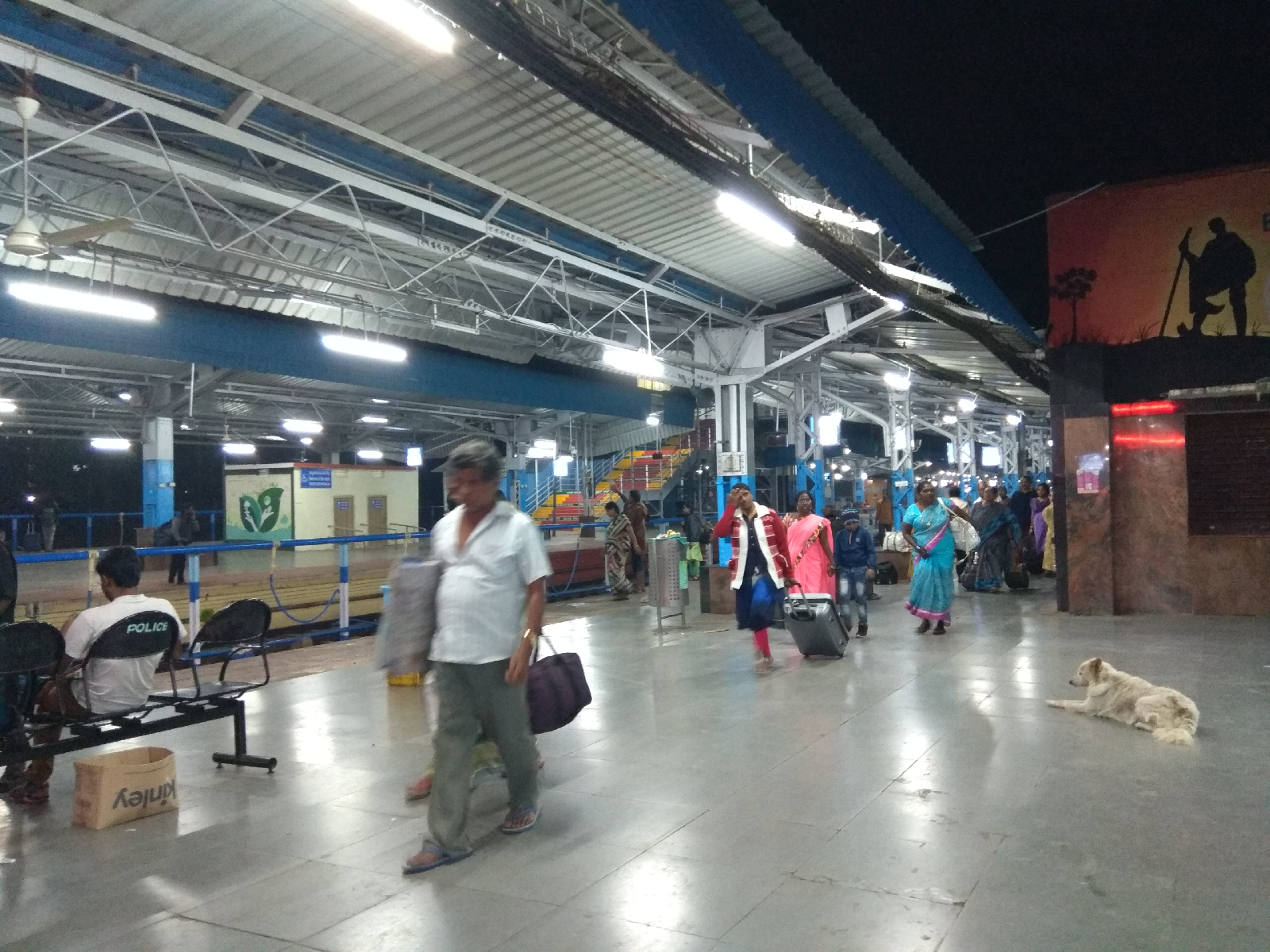 Mediation and dialogue are welcome but ultimately what matters is direction. Kashmir or Muslims are not the only problem; a lot many other issues are also part of the past baggage. Sovereignty to the States is the only solution for encouraging local negotiation and lateral clues.
Read a tweet about voting by remote, another SB scoring over SC. One praising AK for lack of pedigree and another eulogising eugenics. Obviously the world is changing and people find it fine since they don't understand. Seems like some automaton has taken over as show must go on.
A more fundamental question is whether more number of divorces are good or bad? Or even, whether religious or legal stipulation for marriages is good or bad? There can many layers of interrogation and yet not one can claim self-evident legitimacy or justification. Postmodernism!
An author of a dozen books deserves admiration and respect; variety of subjects are proof of his supple mind and wide horizon. But if the running theme is perceived to be hatred or ideological fixity with glaring selective amnesia, then respect dwindles and admiration evaporates.
The intention may not be to be a scholar but over a period of time, a Devotee is bound to read their books one by one. Or know their thought by attending lectures and discussions. The need for this has become more pronounced in the wake of predominance of Hindutva indoctrination.
Most people have taken the easier option and haven't paid sufficient attention to Sri Aurobindo's books but describe them as mystical or meditative. This is a false representation and creates further misunderstanding among the new generation. Need to dispel disinformation on him.
Savitri Era: Blame it on the nature of politics https://t.co/SV9C0bA4vi #SriAurobindo #FiveDreams #WorldUnion #SavitriEra #MitraVaruna
@NathTusar Tusar Nath Mohapatra, Director, Savitri Era Learning Forum (SELF since 2005), SRA-102-C, Shipra Riviera, Indirapuram, Ghaziabad-201014
Posted by Tusar Nath Mohapatra at 5:50 PM