Supramental Consciousness in its embryonic state

February 28, 1968: Auroville was born, just two months before May 1968 sweeping whole Europe.
#SriAurobindo
February 28, 2020: Serious political and communal unrest has gripped Dehi, the capital of India.
Message of #Auroville is the most appropriate basis for resolving conflict.
From 1968 to 2020, we have witnessed enormous Intellectual dishonesty and attempts at indoctrination. Sri Aurobindo demands honesty and integrity as price for efflorescence of his Integral vision. The young must break free of dominant political ideologies for building a new India.
On February 29, 1956, Supramental Consciousness descended upon earth in its embryonic state, as announced by The Mother. Its effects are difficult to perceive now, yet believing in its subtle action and Evolutionary momentum is a responsibility for all followers of #SriAurobindo.
After seventy years, it can safely be asserted that the Constitution of India is thoroughly elitist and Utopian. Auroville was surely ambitious which was founded after twelve years of Supramental descent. But the Constitution, without any spiritual foundation, was merely a dream.
Thus the nation is at the cusp of a renegotiation of its social contract for regeneration of regional vitality. How local culture redefines its people without any reference to overarching abstract stipulations imposed by the Centre is in the womb of the future. May The Mother act
Understanding India and the significance of its religion is impossible without reading Sri Aurobindo's books, yet most educated persons ignore him. Result is ignorance rules and multifarious deformations claim dominance. Reversing this trend is essential for future of the nation.
Quoting Sri Aurobindo and supporting scoundrels is an irony of our times. Lack of institutional dissemination of Sri Aurobindo's thought is the primary reason. There's no dearth of scholars with commendable self-study but slant is ubiquitous too. So no escape from subjective trap
While Savitri Era Party advocates switching to a scenario envisioned by Sri Aurobindo, there's no magic wand. Human nature has not undergone any appreciable transformation although intellectual recognition of its necessity is more or less stable. So next step is to popularise it.
No one can beat Sri Aurobindo in analysing the past and foreseeing the future. His stress on individual contribution for aiding Evolution is of profound significance. For instance, every tweet can be judged as to how much hatred it spreads. A few foreigners will rank at the top.
Nehruvian consensus sought to squeeze Hindutva out of the mainstream without any effort to engage with it. Obviously, it lacked necessary ideological flexibility. Today, Hindutva itself is attempting reform by conflating Gandhi and Vivekananda. But real challenge is Sri Aurobindo.
Let there be no confusion that I'm the only voice in the whole country to have popularised this new vision over more than a decade. Many love name-dropping of, and lip-service to, Sri Aurobindo but peddle erroneous representation. So caution against such celebrities is essential.
Exactly, any serious intellectual engagement was absent. Modernity in the West had its roots in the Christin ethical framework but importing it by delegitimising local in situ religious grounding created an abnormal and absurd situation which is yet to be resolved satisfactorily.
Sri Aurobindo has adequately dealt with various schools of philosophy and their relative efficacy vis-a-vis various stages of Human Cycle. In a way, the present turmoil was necessary so that people gasp for breath and strive for new discovery. Hindutva will understand its limits.
A and B belong to C.
D, E, F, and G are H.
I, J, K, and L are M.
N, O, P are Q.
R is S.T.
U and V  are W.
X and Y have Z class security.
That's the Indian reality.
280220 (Fri)
Ask yourself
Whether you believe
In what you write
Or to please someone
For some favour.
The latter is legitimate
Quite appropriate
Except that it can't
Be tom-tomed as
Ethical epitome.
Taking a stand
On rational ground
Is to surmount
Pulls and strings
And what they bring
And be.
Fifty words
At sixty four
Well past the
Midnight hour.
Millions sleep
They can think
And see merit
In questioning.
Why to believe in
Absurd practices?
And blindly follow
Intransigences?
Better to reorder
Our priorities
And revamp
Whole territories
To blow cobwebs
Away from minds.
The question
Is not Hindu-Muslim
Or citizenship
It's meaning.
What's is life
What it's for
Wherefrom it comes
And where does it go?
Forty two have died
For a futile cause
Is a reminder
To seek reason.
Sri Aurobindo wrote
In forty two volumes
Auroville came up
Fifty two years ago.
Solving problems
Without reading
Seminal thoughts
Is stillborn.
Bijli and Pani
Infrastructure
All very vital
But nothing more.
Human nature
Complex suture
Caprice galore
Anew ever.
Evolution says
Sri Aurobindo
Is on and kicking
New is in making.
So no riots please
Or old remedies. 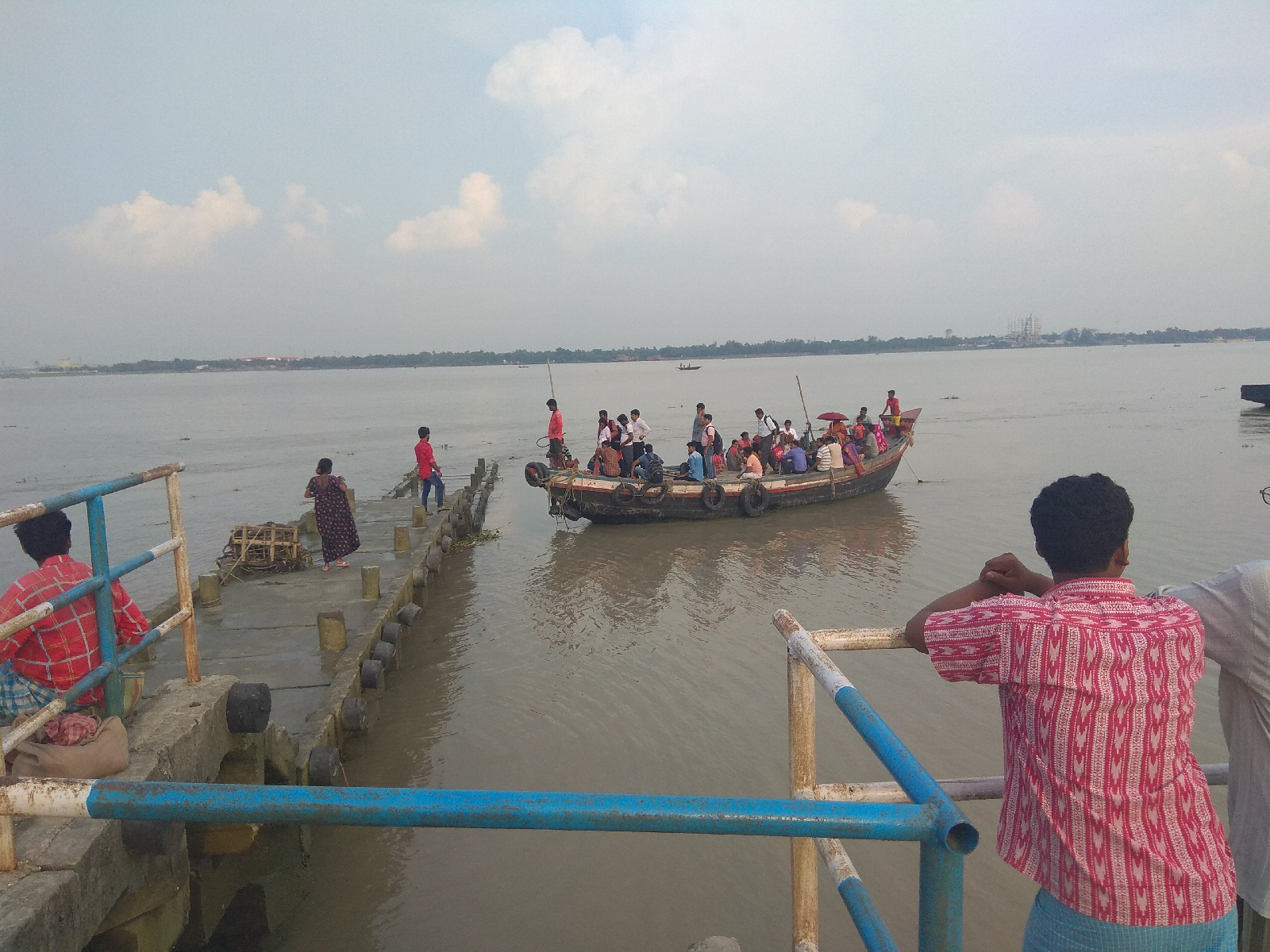 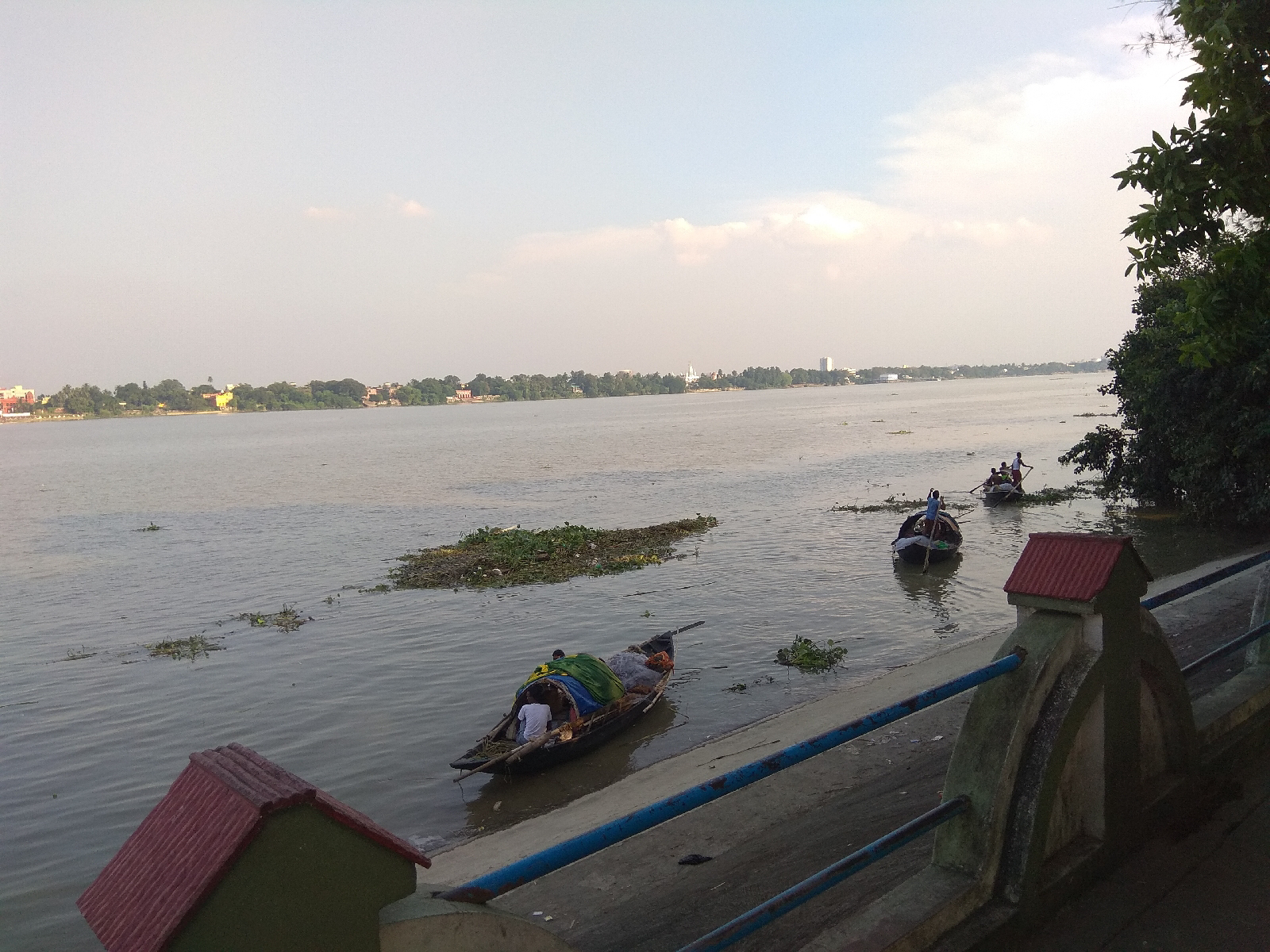 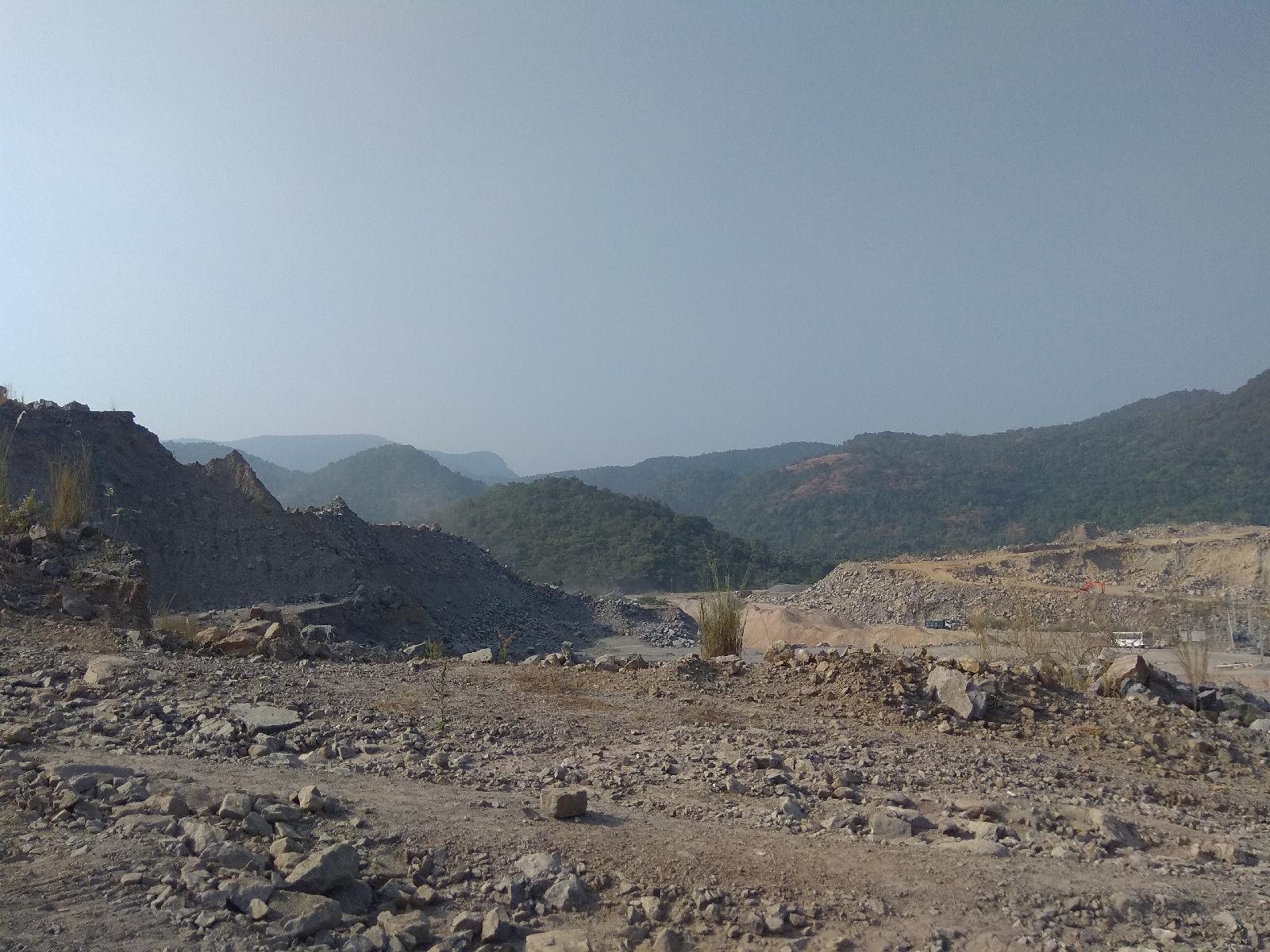 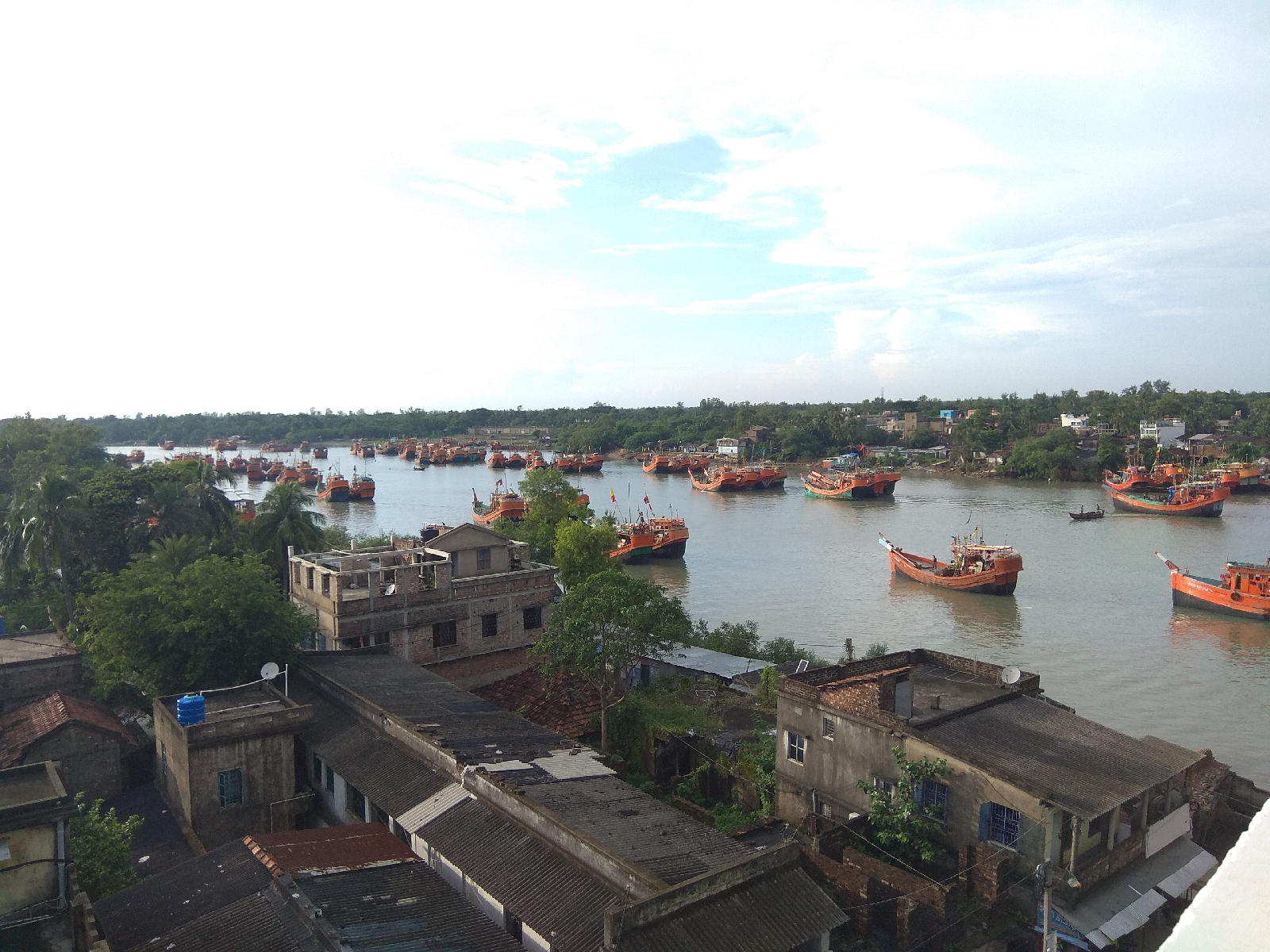 If you harbour even an iota of desire to understand #TheMother & #SriAurobindo, here's a chance just at a glance. #SavitriEra: Sri Aurobindo's theoretical salience https://t.co/upjH4BU1Q1 @NathTusar Further:
https://t.co/YGoEhdLyp7
https://t.co/9IaBwJNfVI
https://t.co/h0M1PU8wpP
I'm not much familiar and I will check. But I don't think Sri Aurobindo recognises them as Devatas; they are rather impersonal principles. Like, Varuna is Vastness, Mitra is Harmony, etc. Thus, all later philosophical formulations are deformations. Puranas and Epics are creative.
Please read 7 in the light of 10. All these are long term pictures and hence there's nothing to fear. But, even technology is perhaps forcing a more uniform cultural atmosphere, you will agree. Thanks.
Sri Aurobindo has already explained in detail the symbolic and psychological character of deities in his The Secret of the Veda over one hundred years back. Popularising that can disabuse people of the superficial mythological perception. So careful study of #SriAurobindo needed.
Sri Aurobindo's psychological interpretation of the Veda on the other hand opens up new vistas of integral understanding. Relying upon defective worldviews of the past needs to be jettisoned in a scientific spirit. Otherwise it misguides and misleads students & future generation.
Assuming a theory vacuum before a particular date is perhaps not accurate. Darwin's theory of Evolution also begins at the middle alerts Sri Aurobindo and goes on to complete the cycle by incorporating Involution. Rothbard's portrayal of man and purpose of action too is inchoate.
Savitri Era: Babaji Maharaj's Ayodhya connection https://t.co/pN0uhTzbr7 @NathTusar
[Auro-Mira Service Society decided to work in Kechla as its field of karmayoga, a necessary component part of the Integral Yoga sadhana of #SriAurobindo and the Mother.] https://t.co/mn1MwNVNZG
Savitri Era: Self-interest acquires spontaneity, luminosity, and sublimity https://t.co/PXkfRHAk0h @NathTusar Tusar Nath Mohapatra, Director, Savitri Era Learning Forum, Shipra Riviera, Indirapuram, Ghaziabad - 201014 #SriAurobindo #FiveDreams #WorldUnion #SavitriEra #MitraVaruna
Let's not forget that the commercial element is predominant due to which vast resources are out of the purview of public view or access. So, concerted effort needed to overcome this barrier and the appetite for name and fame too. Odia language has waited for too long for minimum.
https://twitter.com/NathTusar/status/1231593751681699841?s=19
On a critical note, that's the reason Odia songs couldn't attain popularity until Akshaya Mohanty thrust himself into the scene. Full throated singing had died in other languages but a conspiracy can't be ruled out to keep Odia sound primitive and thus denying commercial success.
Posted by Tusar Nath Mohapatra at 2:40 AM