The Mother is the President of World Union

August 20 is the World Union Day about which Sri Aurobindo theorised elaborately in The Ideal of Human Unity. He reiterated it as his Third Dream three decades later. The Mother is the President of #WorldUnion and let's pray that her unfailing guidance and blessings are with us.
https://twitter.com/SavitriEraParty/status/1296158670351343618?s=19
Sri Aurobindo is the only top leader active in the Bande Mataram (Partition of Bengal) movement in 1905 to have seen Independence in 1947 and Constitution in 1950. In between he also navigated through two World Wars. He also saw assassination of Gandhi but historians neglect him.
Born on August 15, 1872, Sri Aurobindo started writing on political matters in 1893. But his open confrontation with Congress came when it split at Surat in 1907. He also had blessings for formation of Swaraj Party in 1923 by
Chittaranjan Das, Motilal Nehru, and Vithalbhai patel.
In the wake of rising spectre of Hitler, Sri Aurobindo threw his weight behind British initiatives. His
four epochal interventions are:
~ 1940: War Funds
~ 1942: Cripps Proposal
~ 1945: Wavell Plan
~ 1946: Cabinet Mission Proposals
https://t.co/wtQeOYXTU8
https://t.co/eGfyE7pHvu
Sri Aurobindo's broadcast on August 14, 1947 outlining his #FiveDreams is the most profound Manifesto for the future humanity. He advocated formation of #WorldUnion for establishing genuine Human Unity and Harmony. The time has come https://t.co/k7WHqOHChV
https://t.co/l7p6y2e8Bq
We are all co-learners and co-workers. Nucleus of #WorldUnion. https://t.co/tJgOCeCc1v
https://twitter.com/SavitriEraParty/status/1296512468563267584?s=19
The Mother returned back in 1920 and seeds of a formal Ashram was sown. She was enthusiastic in 1972 that Sri Aurobindo's teaching should reach every home. Auroville conflict unfortunately was a dampener but their vision hasn't lost an iota of relevance. Indians need to recognise.
Vital is a vital category in Sri Aurobindo's teaching. It's crucial for our existence but needs to be under the control of a strong mind. Higher vital helps but lower vital has the habit of dragging downwards. And, mere control is not enough; Sri Aurobindo aims at transformation.
After completing six successful volumes the first issue of the seventh volume of ARYA was published in August 1920. No one knew that it will stop midway and the last issue was January 1921. Sri Aurobindo overturned the wisdom of past six thousand years in these six and half years https://t.co/baEjklM6oK
Most people imbibe psychology lessons from movies since academic opportunities are rare. Nothing wrong but human affairs are so complex that even after sixty years one feels perplexed. Besides the spiritual spectrum is hardly interrogated. The Mother & Sri Aurobindo help in this.
The right way to know about Sri Aurobindo is to understand in what respects he differs from his contemporaries like Vivekananda, Tilak, Tagore, Gandhi, or Brajendra Nath Seal. They were all influenced by the West yet in highly differing ways. Current discourse should take lessons.
Sri Aurobindo's admirers are in millions but somehow they don't come out openly. Response on Twitter yesterday gives the hope that right things will be appreciated and respected, widely. The time has come, it seems; no one can stop his place of being the "Bharata bhagya bidhata."
The Mother & Sri Aurobindo seek transformation of human nature and that can happen anywhere. So, ownership on #SriAurobindo is absurd. Opening to his Vedic ontological formulations and collaborating with Evolutionary forces for materialising the possibilities therein is the task.
Devotion not enough; right understanding is indispensable. Speed is fruitless sans right direction. Make no mistake, admiration for other great men is a barrier for reaching at the teachings of The Mother & Sri Aurobindo. Maintain loyalty to work for humanity and not nationality.
This is the first honest portrayal of Sri Aurobindo as a Theory hand as Neelakandan has been very reluctant and constipated in the past. Still the full throated acclaim is awaited but he has been able to show who the real boss is. Now all books need to be recalibrated or rejected
Yes. He has shown a clear connection of Ambedkar deriving clues from Sri Aurobindo. Now, that's only one instance which can open floodgates of PhD topics. And it comes in the wake of hot debates over some fundamental issues raised by the Shankaracharya of Puri. So, interesting! 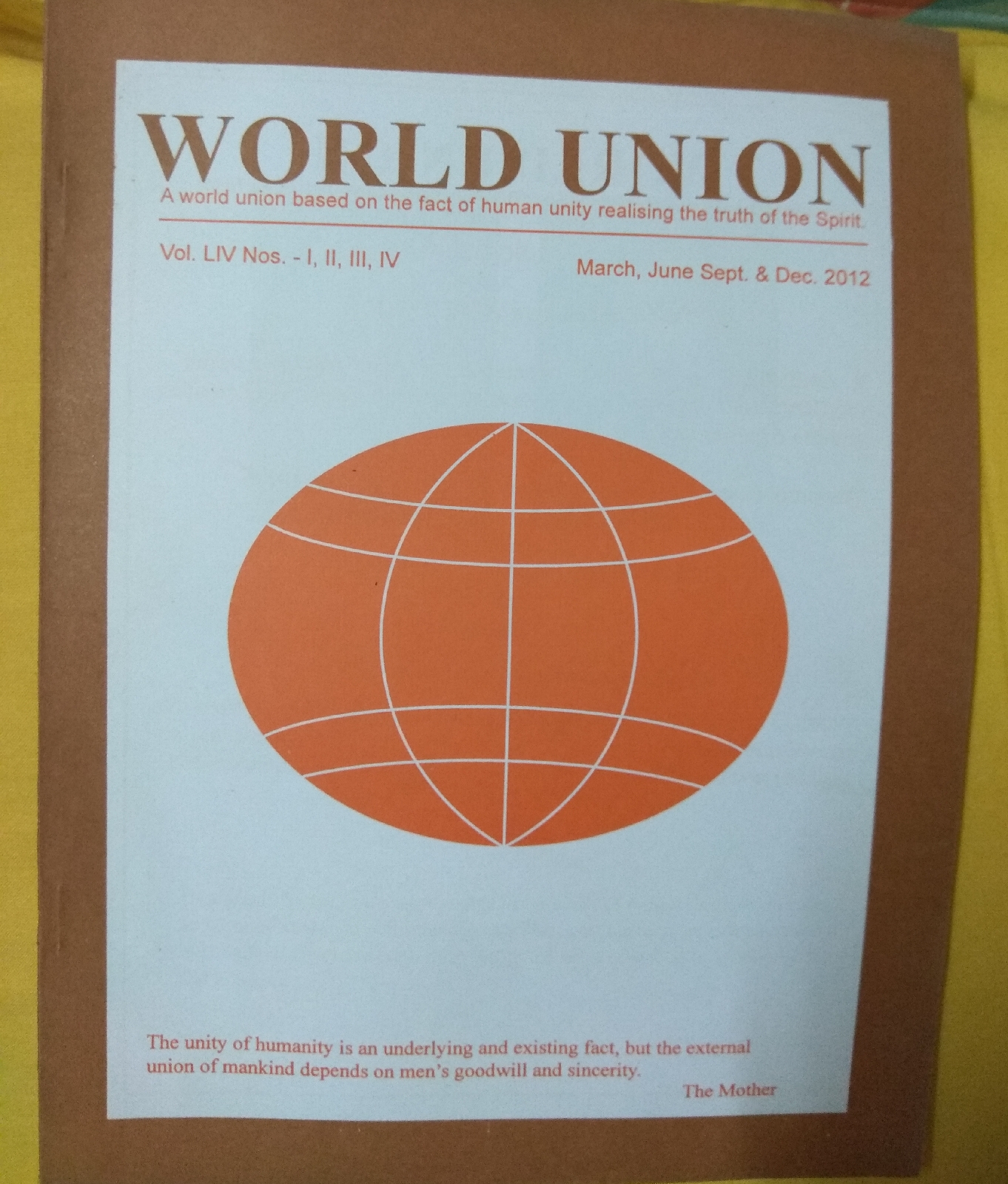 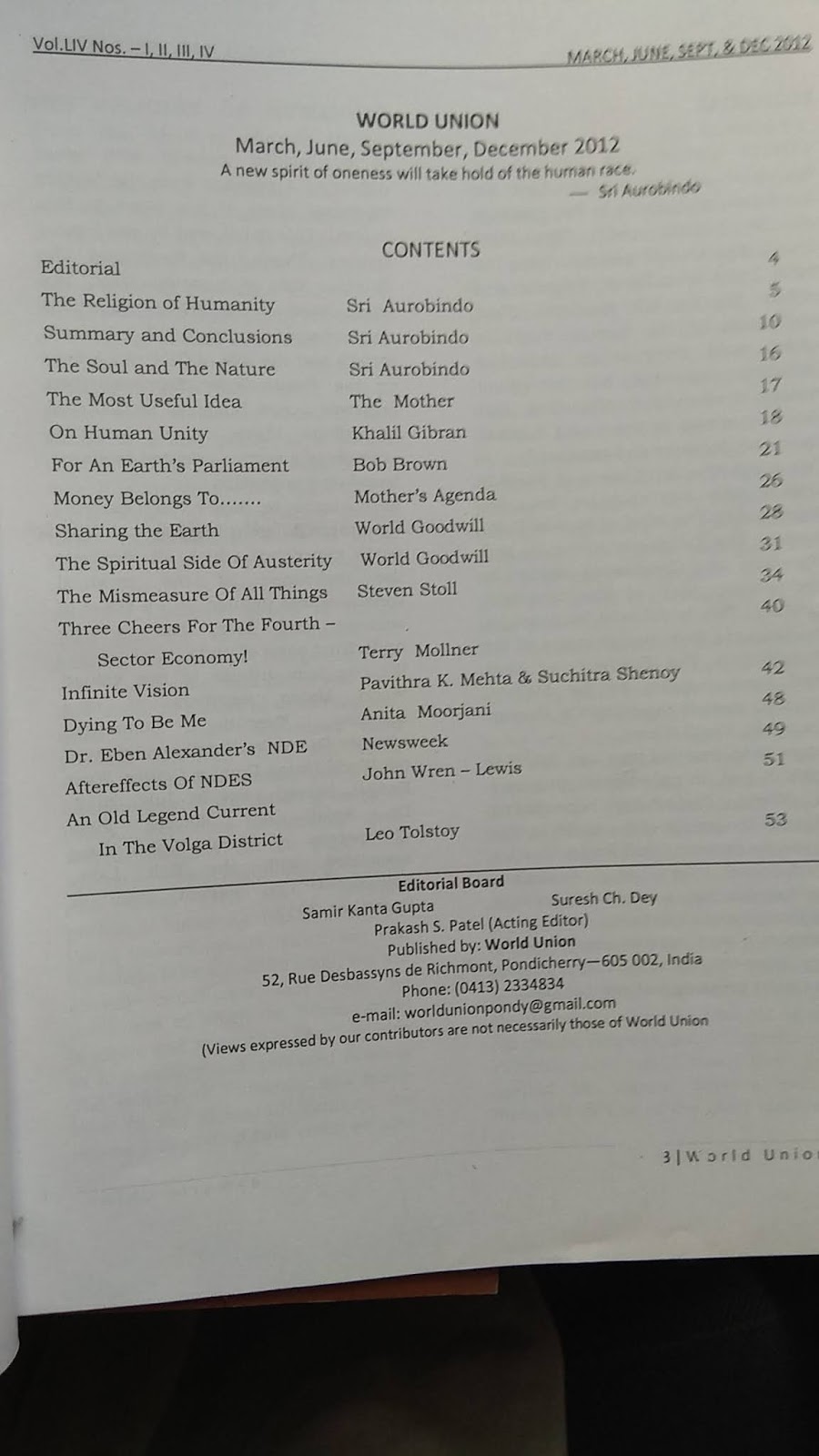 Misc. References:
1. Thirteen Years in Baroda: Sri Aurobindo’s Discovery of India https://t.co/aFIQfa1eQq
https://twitter.com/Hegdern/status/1297865621586108418?s=19
2. Sri Aurobindo on the intellectual religion of humanity https://t.co/2cFME4PEm0
https://twitter.com/drsbasu2115/status/1297819295360020480?s=19
Sri Aurobindo on the intellectual religion of humanity https://t.co/2cFME4PEm0
Sri Aurobindo's perspective on consciousness (in Bengali)
https://t.co/s4CYkboYtO
3. Over two years, SAFIC will be hosting 12 webinars in total, every two months, on diverse topics based on the teachings and principles of Sri Aurobindo.
https://t.co/lHpkY8Z9jC
https://twitter.com/lifestyle_ie/status/1297164116692357120?s=19
4. Online Webinar On Vital Education - Friday 21st August 2020 - Interactive Session by Ameeta Mehra & Anuradha from The Gnostic Centre https://t.co/jtlTbpcJ8h https://t.co/YKb4clVPZ4
https://twitter.com/Gnostic_Centre/status/1295347773156589568?s=19
5. Paolo Tommasi, an Italian architect and artist who played a significant role in designing the Matrimandir at #Auroville and remained associated with Sri Aurobindo Ashram, succumbed to #COVID19 at #JIPMER at the age of 92. @xpresstn
https://t.co/nG2tOTrToE
https://twitter.com/NewIndianXpress/status/1284179814702878722?s=19
6. Anupama Kundoo,
Shah Houses, India 2016
Her works depend on local material..The loadbearing walls have been built with rammed earth containing 5% cement, which renders them more resistant while and improving their performance during rainy seasons.
#Architecture #design #material https://t.co/JsGKtE6Eqc
https://twitter.com/itswiamm/status/1272918753169334273?s=19
Wall House
Design: Anupama Kundoo.
Location: Auroville, India.
Photographs: Javier Callejas.
#design #architect #architecture
#materialsscience Ref.
https://t.co/ifGM2SI7Xg https://t.co/J1nyIuhViN
https://twitter.com/itswiamm/status/1272920444262404096?s=19
7. The story of #Auroville’s famous #WallHouse, and its creator @AnupamaKundoo encompass the ‘India’ episode of #Home on @AppleTVPlus. The architect talks to @divyakbhavani about her home
https://t.co/F8c9XnC1Xq
https://twitter.com/TheHinduWeekend/status/1253896517141790724?s=19
8. To Dr. Ambedkar 'without fraternity, equality and liberty will be no deeper than coats of paint'; To Sri Aurobindo 'without the spirit and habit of fraternity neither liberty nor equality can be maintained for more than a short season.'
https://t.co/JDWmuVOi8K via @swarajyamag
https://twitter.com/arvindneela/status/1294760934246715392?s=19
9. Aurobindo identified three broad phases in the Bengal-Indian Renaissance.The first, epitomised by Derozian Young Bengal movement, received the ‘European contact’ and rejected the ‘old culture’. @sudeeppaul https://t.co/qxmWP7rbYC
The second, as with Bankim Chandra, was the Indian reaction to the European influence. The third, evidenced in Vivekananda, was a ‘new creation’ wherein Indian genius remained supreme but wedded itself to the best of the Occident.
https://twitter.com/ipspratikpatel/status/1295320605214904320?s=19
10. [there's not a single mention of Sri Aurobindo for the first 522 pages, which analyze the Nazi phenomenon from every angle, Only in the last 140 pages or so does the author attempt to tie it all together with Sri Aurobindo's spiritual vision of the cosmos] https://t.co/P3OX8Lsrvn
[Yes, Van Gogh was an artist, but he was also a seer, or perhaps a "visual prophet," just as Beethoven was an "aural prophet," ... Van Vrekhem demonstrates how Hitler's ideology was in many cases a mirror image of #SriAurobindo's evolutionary philosophy.] https://t.co/iaBpKlbiSW
https://twitter.com/NathTusar/status/1235600912338391040?s=19
11. Unfortunately the wisdom of Aurobindo totally passed by me in the decade plus I spent 6 km north of the Ashram and 6 km south of Auroville. It would be 40+ years for me to rediscover it
https://twitter.com/bennedose/status/1196628181572190208?s=19
12. I have compiled a list of 500 popular old Hindi songs alongwith corresponding YouTube play lists. Those interested may tune in. Also an occasion to remember all those involved in creating such great treasure for all time to come.
https://t.co/MW0KljnjBU
https://t.co/rUKAZnTcxr
13. Memories of living in Sundargarh and Sambalpur for eight years (1977-85) are still fresh. @NathTusar #Nuakhai #NuakhaiJuhar #ନୂଆଖାଇଜୁହାର https://t.co/nTL2fdE9ma
https://twitter.com/SavitriEraParty/status/1297328879636320256?s=19
Posted by Tusar Nath Mohapatra at 10:21 PM