Programme for The Mother's birthday celebrations on Feb 21 by different Centres should be widely publicised over SM. https://t.co/vJHXfYcKVX
Feb 14

Savitri Era Party ‏@SavitriEraParty
@sarkar_swati RSS came into being mainly through Moonje and Savarkar and steered clear of politics as the latter was under oath to British.
@sarkar_swati The same situation was also faced by Sri Aurobindo earlier when he escaped to French India and desisted from active politics.


@UtsavBabel @Panipat_1761 Zeroing on the right goals is the most formidable task as Amod Lele is scratching his head
http://
loveofallwisdom.com/blog/2016/02/b
elonging-rationally-to-a-tradition/
…

"Zeroing on right goals is the most formidable task" on @LinkedIn
https://www.
linkedin.com/pulse/zeroing-
right-goals-most-formidable-task-tusar-nath-mohapatra
…

Sri Aurobindo expresses the hope that the anti-romantic age would pass by when his poems will again be appreciated.
http://
savitriera.blogspot.in/2007/01/all-th
ese-talk-of-post-metaphysical-is.html
…


Episodes like Rohith Vemula and Kanhaiya Kumar show how the youth of the country feels alienated and need a separate parliament to vent ire.
Hindutva presence grew through religious mobilization and now is their chance to be sensitized on crucial political concerns like difference.
India's problems are many and deep-rooted which can't be solved by incremental designing. Sri Aurobindo provides the real lateral solution.
Savitri Era Party ‏@SavitriEraParty
BJP may feel triumphant over the JNU episode in the short run but it signals a colossal disaster on the intellectual & Constitutional front.
Something like MT's desperation regarding AIT; said he can't expect everyone to follow highlevel science. RSS' political literacy is similar.
@navinjoshi1947 Punishing antagonists is reason enough for euphoria among fans and the overall signal of acting tough and teaching a lesson.
@navinjoshi1947 As far as my understanding goes the police and govt are not two independent bodies. Hope you are not joking or wriggling out.
Why students are being pushed towards Leftist ideology? Because RSS sells Mythology and Astrology instead of Sri Aurobindo's philosophy.
Feb 15

Savitri Era Party ‏@SavitriEraParty
Indians must debate over the texture of nationhood after seventy years of Independence with maturity. RSS should come out of its juvenility.
Around half the people of India favour a Hindu Rashtra and the rest are dubbed as anti-Nationals. Thus, the future seems to be very simple!
Modi had an admirable record of running the country with a reasonable level of Constitutionalism and Democratic norms until JNU happened.
Left economic policies are wrong but not all their political stands. Similarly, present Congress leadership is anathema, not its policies.
People's choice is perhaps a more daring stipulation than freedom since it can go against the very integrity of the nation itself. Alarming?
JNU can be said to be drawing battle lines for 2019. Good, but there should be utmost vigilance against conceding any advantage to Congress.
Left scaffolding is essential to halt the RSS juggernaut as Modernity and not Mythology must dictate the future agenda. Yechury role crucial.
JNU episode offers BJP a fabulous opportunity to lunch an intellectual offensive based on Sri Aurobindo's worldview to thwart Left hegemony.
Everyone including journalists act for furthering self-interest. Those supporting free markets can't fault with self-interest as a principle.
Btw, by applying the Birth of the Reader principle, only those acting upon an objectionable slogan should be tried and not who raises slogan!

Savitri Era Party ‏@SavitriEraParty
Setting up a Regulating authority for sanction of slogans before their use in public is also in order. Even TRAI or CBFC can handle this job!
The way Twitter has trained a large number of Indians in legal intricacies and security implications, the Jury System can be reintroduced.


@IndiLover1 Missing Sri Aurobindo's thought can prove to be the greatest misfortune as far as social/political/economic clarity is concerned.
The widest vision that the West has produced can be understood through Negri and Nagel but Sri Aurobindo stands head and shoulders above.
Mythology, Astrology, and Rituals drive people away from BJP & RSS without addressing which there can't be any sort of unity in the country.
@_Mauna_ Sympathy for human concerns can't be seen in black and white terms. Rather, inculcating such sensibilities taken up as a challenge.
I have the right to write
Good bad or worse
Poetry is foreign to me
I vote for the verse.
http://
tusarnmohapatra.blogspot.in/2005/09/versat
ility.html
…
Tusar Nath Mohapatra (2001) 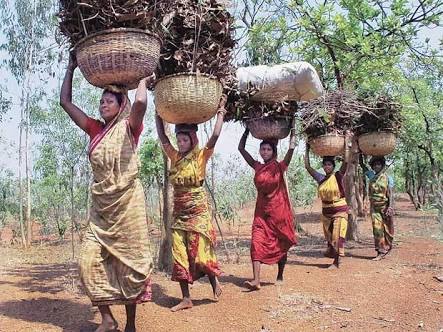