Savitri Era Party is raring for a counter-narrative

Tweets by Tusar Sir @SavitriEraParty
Apex level Statecraft is complex manoeuvring and those asking Govt for instant retaliation/retribution expose their own juvenile propensity.
Sri Aurobindo is the only person who has told the true meaning of Go-raksha against the literal reading of the Veda perpetrated by Hindutva.
Current affairs can't be decoupled from Ontology and reliance on Mythology is a disaster. Sri Aurobindo brings clarity on the next Evolution
Science and Mathematics serve their mandate and try to be faithful to their procedure and language. Sri Aurobindo relied upon his Experience
Marxists were brilliant when they thought everything is moving in line with their theories and prophecies but now they obfuscate and obviate
Market dynamics and Evolutionary trajectory are at odds. Sri Aurobindo also never agreed with the popular reward-punishment theory of Karma.
Just to emphasise direct cause and effect relationships and such other eventualities occurring in near linear fashion are not always a rule.
The Problem of Rebirth by Sri Aurobindo is where he dwells on Karma. Also in The Life Divine and other places. https://t.co/C0sw85mg3w
SAVITRI by Sri Aurobindo https://t.co/uY8YiOtL9n
https://twitter.com/SavitriEraParty/status/857124949714239488
Hindutva, being anchored in Mythology, has not been able to cultivate precision or scholarly idiom. Sri Aurobindo has filled up that vacuum.
Respecting ideas and scouting for talent has no alternative. Marxists had an overarching agenda; Hindutva has none except cow protection.
Okay, Mea culpa! But what's the direction of scholarship? I have not found any after combing the net for the last three years except history
Thanks for your comments but hope you know well that I don't belong to any herd and I tweet what I sincerely feel in the interests of people
Both AAP and BJP represent Fascist forces and hence there is nothing to be particularly happy or unhappy about Delhi results. @_SwarajIndia
No alternative in sight but rejecting dominant Fascist outfits is the first step to prepare ground for some Evolutionary plan precipitating.
Major political players are busy building future plans but Savitri Era Party is solely dependent upon in deciphering footfalls of Evolution.
Intellect and ideology will shape the future. Hindutva and the Left, both are bankrupts in this portfolio. Sri Aurobindo's Five Dreams rise.
It may be convenient to demarcate the secular from spiritual but Science & Philosophy continue to struggle hard to find such a neat division
Defining Hindutva amounts to hypocrisy because it is propagated through multiple outlets & countless metaphors to manipulate a billion minds
For RW Sri Aurobindo beyond 1909 Uttarpara Speech is problematic. His #FiveDreams broadcast on August 14, 1947 doesn't receive due attention
Sri Aurobindo never encouraged or endorsed any of his contemporary missions or ashrams and tried to build his own ecosystem for Life Divine.
Sri Aurobindo's relevance vis-à-vis Hindutva politics is two-fold:
1) He gives symbolic meanings to reject Mythology & Rituals;
2) And, foresees World Union
Nothing surprising that those who have not read Sri Aurobindo detest my writings. Obviously, I'm not here to seek encomium from uninformed.
Kejriwal and Modi are live examples of how people can be befooled. Savitri Era Party follows the opposite policy of sincerity & transparency
Modi succeeds with Hindutva as bulwark but Kejriwal failed because of no religion. Savitri Era Religion is at the core of Savitri Era Party.
All talk of Liberty or Development falls flat unless backed by Religion. Savitri Era Party draws upon The Mother & Sri Aurobindo's inspiration.
Neither enmity with Pakistan nor social ills of Muslims should divert attention from main issue. Hindutva obscurantism need to be thrown out
Restoring Modernity, Plurality, and Democracy in India is the biggest challenge. No other party is fit for this other than Savitri Era Party
Deceptive harnessing of Hindutva ecosystem for political aggrandisement and undermining Democracy by fostering fascist fraternity must halt.
No dearth of intelligent & honest persons opposing Hindutva bandwagon but paradoxically they happen to be Congress Dynasty palanquin-bearers
Top intellectuals and journalists have turned ineffective before Hindutva juggernaut. Only Savitri Era Party is capable of confronting it.
As people are willing to suspend thinking and ordinary prudence, Savitri Era Party is raring for a counter-narrative https://t.co/bY9ehN652z
Sri Aurobindo must adorn his rightful place in Ontology, pedagogy, & politics; that's the pledge of Savitri Era Party to the people of India
Reimagining and Refashioning Integral Management - Tusar Nath Mohapatra, Savitri Era Learning Forum (SELF) Ghaziabad https://t.co/YGoEhdLyp7
Just expressed a cognitive lacuna faced personally by me. I don't think saying Sikh or South Indian can be faulted since it's so much common
Vinod Mehra (13 February 1945–30 October 1990), Farooq Sheikh (25 March 1948−27 December 2013), and Vinod Khanna (6 October 1946–27 April 2017).
Savitri Era: Marxists knew they can't argue with Sri Aurobindo https://t.co/gQxT9ygr6z
Savitri Era Learning Forum: Science is business of finding the most parsimonious or consistent explanation or reason https://t.co/Bs4jaOmE7Z
Tusar Nath Mohapatra
Dear JE,
Your attempt to draw attention to Leibniz is certainly admirable but I'm not sure whether your claims are valid. However, reading Sri Aurobindo's The Life Divine can surely give you an alternative perspective to examine your convictions. Thanks.
TNM
Apr 26, 2017
Dear PJ,
I don't know if you are aware of Sri Aurobindo. His The Life Divine is considered a very authoritative work that deals with the Dogma question you raise here. Hope, you read it sometime. Thanks.
TNM
Apr 26, 2017
Sri Aurobindo wrote extensively on Consciousness a century back but referring to his Ontology is being avoided in these conversations. He provides a much advanced point of departure to study this problem which, I hope, can help in resolving many difficult dilemmas. Thanks to everyone participating in these discussions.
Tusar Nath Mohapatra
Apr 20, 2017
Apr 04, 2017: How about this book? https://t.co/5yXaDslCmB @loveofallwisdom @LarvalSubjects @shaviro @DrZamalek @swapan55 @saliltripathi @aakar_amnesty 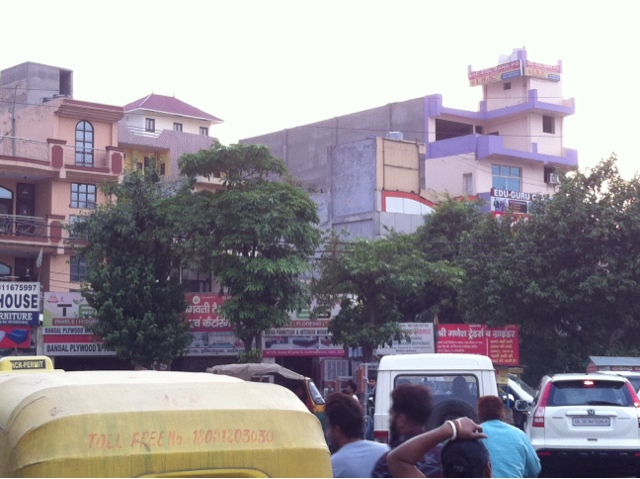 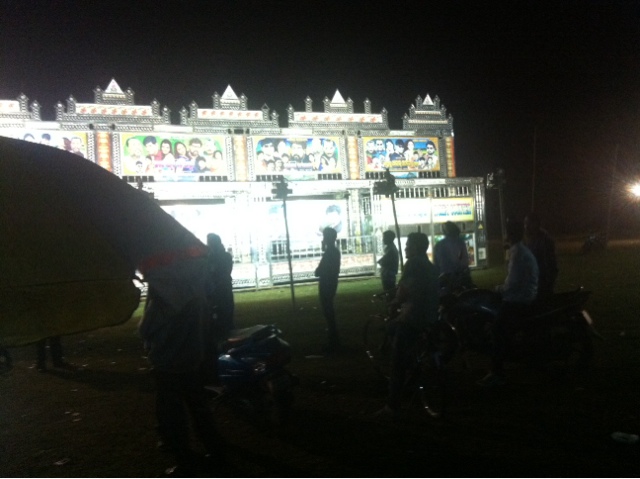 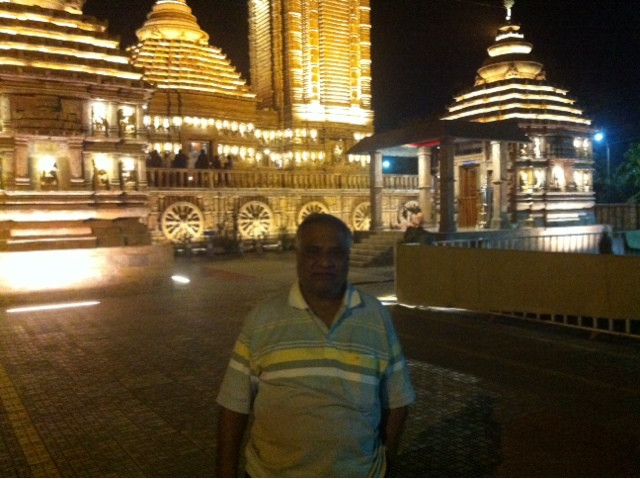 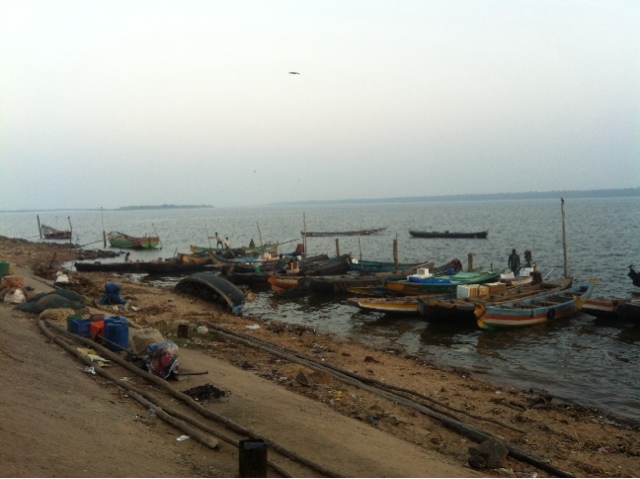