This is the Centenary year of The Ideal of Human Unity which first appeared in the Arya in September 1915.[1] The Mother & Sri Aurobindo have worked relentlessly to see this ideal becoming real and the challenge continues even today. Sri Aurobindo gave voice to the theme in his broadcast on August 14, 1947 by poignantly terming it as his dream.[2] He found another occasion to put the idea more emphatically, -  a year before his passing away, - while writing the Postscript Chapter for the second edition of the book.[3] 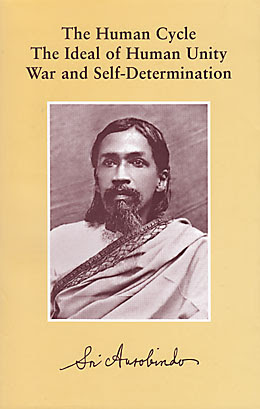 Writing in The Indian Express on March 21, 2002, Mangesh V. Nadkarni had clearly articulated the role of various forces opposing Sri Aurobindo's vision taking shape.[4] The situation is no different thirteen years later. But I have the satisfaction that Savitri Era Party has been able to navigate through recent political events reasonably well. Our opposition to RSS, BJP, and Modi in general and Hindutva in particular has been in the right direction, as the sequences from Babri to Dadri prove. The followers of The Mother & Sri Aurobindo must carry forward this line of action if they are serious about seeing the five dreams to fruition.

Notes:
1. Later published as a book in 1919
2. The third dream was a world-union
3. A Postscript Chapter
4. Sri Aurobindo's Opposition