Hindutva suffers serious infirmities in the eyes of Sri Aurobindo, who offers an alternative paradigm that is universal and stems from Veda.
Oppose AAP, BJP, and Congress. That's how a new national party can take root in the country with The Mother & Sri Aurobindo as Inspiration.
Collaborating with the Vedic Evolutionary dialectic as broadcast by Sri Aurobindo as his Five Dreams in 1947 should be the motto of Indians.
@Hitarth1987 @maidros78 @sarkar_swati Sri Aurobindo makes the task much easier only if Indians of present generation care to listen to him.
@maidros78 @Hitarth1987 @sarkar_swati No brick and mortar right now but this handle does constitute a party owing allegiance to Sri Aurobindo. 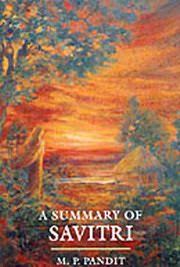 Your understanding of India & its significance for the future of the world can undergo a sea change when you read The Mother & Sri Aurobindo.
Superficial pride of being Hindu can acquire profound architecture if one chances upon Sri Aurobindo's elevating interpretation of the Veda.
Reclaiming freedom of thought is important. Once you get out of outdated political agenda, the thought of Sri Aurobindo can show a new path.
Sri Aurobindo was nonchalant about numbers. So, don't seek validity from popularity. Knowledge is the best justification for human conduct.
[Peirce, James, Santayana, and Dewey; Freud, Jung, Rank, Reich, and Kohut, and the Indian philosopher Sri Aurobindo] https://t.co/fzM6B1UdFE

Suspect festivity; don't be carried away by legends and mythology. Accessing a sane ontology as unveiled by Sri Aurobindo in Savitri needed.
Nobody telling you about Sri Aurobindo in school or college is no reason not to read his writings available online. https://t.co/SJSFncYG0j
Neither economy nor feminism is an isolated phenomenon. How Sri Aurobindo refurbishes our understanding of surrounding should draw attention.
Leftist historians distorted history but why Right Wing scholars are so reluctant to give Sri Aurobindo the honour he deserves is intriguing.
Heralding the Ideal of Human Unity in 1915, Sri Aurobindo has shown the path India must follow for ushering in an harmonious future society.
Various philosophies and forces are always in conflict but can't act in isolation. Depends on individual whom he lends himself as vehicle.
RSS and BJP look towards the past for inspiration; portray mythological fiction as sociology and history. Resist it. https://t.co/GB04dTHQMy
Sri Aurobindo wrote about the future of India and the world in 1915, a decade before RSS was born. Follow his vision https://t.co/GB04dTHQMy
Love for India and Hindus need not automatically lead to BJP and RSS. Sri Aurobindo lent a critical eye and unveiled his Five Dreams in 1947.
Sri Aurobindo's Ideal of Human Unity is the most needed teaching to resolve growing communal tension in the country. https://t.co/GB04dTHQMy
One swims through thousands of themes while reading Sri Aurobindo and hence it's wrong to hold prior impressions about him or his theories.
Reading the works of The Mother & Sri Aurobindo from the angle of their implications for Sociology or Management is a very fruitful route.
No greater contradiction than one loves India but not ready to read Sri Aurobindo. Plus, invoking the past by ignoring him is double whammy.

Heraclitus and Plotinus, Schelling and Hegel, Nietzsche and James, all find their stands reconciled in Sri Aurobindo's Integral Philosophy.
D.S. Kothari (1906–1993), a scientist, was instrumental in introducing Sri Aurobindo's philosophy in education. https://t.co/opCiQXgXe7
Neglecting Sri Aurobindo is the most detrimental lapse in Ambedkar's scholarship. [Ambedkar, Democracy, Upanishads] https://t.co/KSgq7MOrLa
@jaganniwas Bourgeoning claim on scarce resources will always keep politics leaning towards the left. 2) Even BJP grew out of RJB movement!
So, the raid was intended to take the rage over Shakur Basti slum demolition out of media radar! Quite successful operation in that sense.
So much of surprise and disbelief in the country when law takes its own normal course! Says a lot about the abnormal state of our Democracy.
@chinmaykrvd Time to change your handle name in view of Modi rewriting Indo-Pak history! @sarkar_swati @maidros78