Veda is the pivot of Indian identity

Sri Aurobindo has given the most coherent philosophy. He advocates a World Union as political solution for mankind. https://t.co/0L7s5xYquA
Hindutva has forced fissures into Hinduism which will disintegrate eventually. Prophecies of Sri Aurobindo point to an identical scenario.
To look for a crusader against corruption within a Democracy seems anomalous. There should be an institutional mechanism for such functions.
Personality cult & Feudal culture is so ingrained among Indians that true Democracy is never given a chance raising self-correcting features.
All activism outside Parliamentary functioning is subversive and leads to anarchy. Political parties have a role to respond and contain them.
The day the educated in India shed their bondage to dishonest political ideologies & choose their path independently, it's real Independence.
Being Indian means allegiance to the Constitution of India and subordinating all other identities like language, caste, and religion to it.
Each issue of public concern must find its solution within the Parliament; neither in Courts nor in streets (Babas straying into politics).
To think that the Nation runs whenever Parliament faces a deadlock is sheer delusion. It's case of Democracy being administered slow-poison.
In the garb of opposing Congress, AAP, etc., BJP alienates a large section of Hindu population who never identify with its aggressive mode.
Instead of attempting to popularise Hindutva BJP captured power by dishonestly leveraging Modi's development plank. Shows lack of conviction.
@hmadhok That means more than 50% Hindus don't support BJP, but it brands them as anti-Hindu or anti-national and questions their intention.
BJP also makes use of popularity of TV, film, & sports stars instead of encouraging its grassroots workers with proven loyalty for Hindutva.
The Mother & Sri Aurobindo advised to practice Integral Yoga, a psychological exercise for self-enrichment, instead of performing rituals.
Sri Aurobindo gave a new interpretation of the Veda saying it doesn't involve Rituals. Indians need to follow him instead of superstitions.
The Veda is the pivot of Indian identity. Sri Aurobindo exhorts to integrate our common sense existence with the underlying common essence.
Skirmishes among BJP & Modi supporters on Twitter are becoming the norm. Disagreements are becoming more apparent and hypocrisy transparent.
Bihar episode exposed how BJP has scarce consistency as regards ideology or allies. Expediency in other States would drive its growth south.
Democracy demands to engage with people to tweak policy. BJP however treats its deceitful ideology as constant and people as mere adjuncts.
BJP and RSS feel terribly uncomfortable with the Constitution of India and want to dethrone it through personality cult and temple politics.
Those who got swayed by the Great Leader hype must redraw their Democratic contours and throw weight behind the Constitution & Institutions.
After Delhi & Bihar, Modi win looks like a freak. In that sense, his leadership, both of the party as well as the country, lacks legitimacy.
Disparities practiced on caste and gender basis should attract serious attention of Indians instead of gloating over empty and lazy rituals. 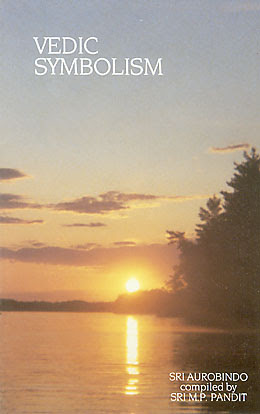 Human civilisation has travelled via countless trials & errors; not always following the arrow of Evolution. Sri Aurobindo unravels mystery.
Vedic dialectic is an ongoing narrative. The fight between light and night is enacted perpetually in innumerable instances. Choose your side.
Vedic Evolutionary ideals Sri Aurobindo foregrounds are self-evident and self-existent; so can't be judged on economic or utilitarian lines.
Mulling over how the tenets of Democracy, Modernity, & Globalisation may evolve to the Vedic Sat-Chit-Ananda level is the most urgent task.
The Mother & Sri Aurobindo have handled far greater challenges like Evolution of body to a deathless state and establishment of Life Divine.

Ethical posture on Twitter is quite dense and suffocating. But most are unaware or oblivious of the absurdity of their espousal of issues.
Beyond day-to-day outrage on Twitter, Sri Aurobindo provides the most acceptable & viable long-term ideal for India. https://t.co/JoalxGrP7Q
@sabeaux Neither Congress nor BJP has any definitive ideology. Sri Aurobindo wrote out ideology for India 100 years ago but has been ignored.
Your academic excellence & professional competence may be outstanding but let it not get the better of your need to understand Sri Aurobindo.
Modernity has a fetish for plurality, no doubt; but Savitri Erans rejoice over their lack of option. https://t.co/CRYUu4gZ2p
Savitri Era Party has been able to navigate through recent political events reasonably well. https://t.co/81pcoc0k41 #SriAurobindo #WorldUnion
The Complete Works of Sri Aurobindo including his Autobiographical Notes and Other Writings of Historical Interest https://t.co/vQbBsO2ae4