The Mother & Sri Aurobindo encourage not to be possessive about past cultural frameworks but to design new tools for the future Evolution.
Visitors are likely to confuse Ashram and Auroville representing Sri Aurobindo's Philosophy and Yoga. No, they just signify tiny experiments.
Followers of The Mother & Sri Aurobindo are scattered all over the globe and their work, though unrecognized, contributes to peace & harmony.
The state of AAP, BJP, and Congress is a firm pointer to the urgency of a new political party built around the philosophy of Sri Aurobindo.
Earning money is justifiably a Vaishya trait but a complex job like money laundering is a combined effort of Brahmana, Kshatriya, & Vaishya.
Competent people opposing fascist propensity of Hindutva gives nice feeling but on closer scrutiny they turn out to be slaves of Sonia!
Understandable that for many people it's money & earning livelihood but it's utter hypocrisy who claim their support to Sonia is on ideology.
RSS supporters are more interested in the reaction of minorities to Yoga than any genuine interest in practicing it. Fascist way of imposing!
Advani was brought in to divert attention from Lalit imbroglio but Modi fans are so depressed now that they refuse to a flog a dead horse!
Some have stopped twitting and other regulars have scoured heaven and earth to find alternative topics to tweet but Lalit imbroglio aches!
Many were living in a fool's paradise (partly to cope with own insecurity and alienation) and so Modi's fall from the pedestal is rude shock!
Fan reticence is proof enough that too much is at stake over Lalit imbroglio and the whole Sangh ecosystem is likely to weather cyclones.
Lalit imbroglio erupting before Bihar elections proves to be a double whammy. Modi may find it as an alibi to escape campaigning in Bihar.
BJP might be gloating over achievements like Beef ban & Yoga day but will surely lose whatever few Muslim votes it would have got otherwise.
Lalit imbroglio is a godsend opportunity for Indian citizens to force cleansing of the political system of corruption and clandestine deals.
Modi's ivory tower style, no doubt, has alienated the Govt. from the public. Lalit imbroglio however will definitely bring him to his knees.
A person is product of his circumstances. Had Gujarat been more intellectually stimulating, its citizens would have gifted a different Modi.
Trouble with attending some meetings is that the speakers will periodically urge to raise hands, shout a slogan, clap, or yell Shame! Shame!
The word confusion has nothing to do with Confucius but his philosophy is so specious that anyone can justify any act http://t.co/1APuvViaOP
Political relevance of Sri Aurobindo against fascism is gaining momentum: People must resist the attempt of RSS [...] http://t.co/dzi6RJYwTR
History of Yoga S.P. Singh. Part 3 - Consciousness, Indian Psychology and Yoga - Kireet Joshi & Matthijs Cornelissen http://t.co/P5OUukC062
[Hinduism … gave itself no name, because it set itself no sectarian limits; it claimed no universal adhesion, ...] http://t.co/5TjN8nwrVr
[Physical culture occupies a very important place in the life of Sri Aurobindo Ashram and in the Centre of Education] http://t.co/y1CqKjg33f
[narendra — what is the evolutionary step accomplished in Savitri and where is it placed. the Mother & Sri Aurobindo? http://t.co/CtzNm4Cg6t 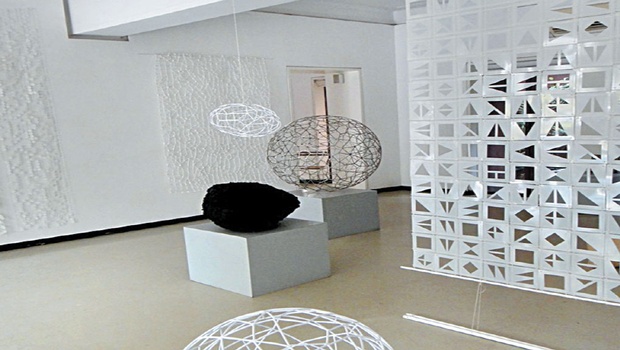