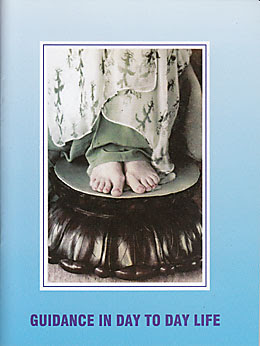 @arunishas Though Bhakti aspect gets integrated with Vedantic Knowledge in Gita, Sri Aurobindo's Integral Yoga adds surrender to The Mother.
Sri Aurobindo looks upon gods as levels of Consciousness & they are in need of further riches to scale higher peaks http://t.co/19W8wzSekW
@SwarajyaMag Mythologies built around Human Rights & Freedom are surely more preferable than Hindutva Mythologies perpetuating Superstition. http://t.co/u3rsYyH8Sg http://t.co/cz2KtDCnZb
@SwarajyaMag Anti-Colonial sentiments shouldn't blind us to the enormous intellectual debts that we, - as a modern nation - owe to the West.
Democracy, like Corporates, is flawed by the fact that with just 10%, the rest of the 90% can be subjugated. A variation of 80:20 principle!
Elected representatives should speak out in a Democracy but they are mostly silent on Twitter except paying obeisance on birthdays of dead.
Secularism is suspect in India as activist Christian and Muslim intellectuals see it as a convenient tool to fight Hinduism sans theology.
@Sheks65 That doesn't mean Secularism or Democracy are jettisoned. Those adorning public offices bear onerous responsibility to nourish it.
Academic and professional competence being judged on the basis of whether one supports Modi forms a body blow inflicted on talent and merit.
There is more clamour from BJP supporters to remove Jaitley rather than Smriti Irani from Ministership. Speaks of their quality & integrity!
MMS had no guilty complex since none expected him to perform. Modi is losing ground so fast that he may be forced to order a mid-term poll.
With everyone agreeing Nitish Kumar is heads and shoulders ahead, Bihar election scene has become a little boring barring Manjhi, the clown!
BJP fans are known for neurotic obsession for history. Now that there is nothing much to write home about Modi, it turns a Defense Mechanism.
@OdiaCulture One theory says that the name Utkal derives from Utkalinga (Uttara Kalinga), the northern part the then empire. Seems probable.
@OdiaCulture Temple art was everywhere & craft persons were hired. Nothing is strictly Utkal. Like Balakrushna's music can't be called Odia.
Hindutva fans are perpetually concerned with issues like Beef eating, Yoga in schools, Vande Mataram, etc. No other problem matters to them.

Theoretical sensitizing can easily convince a person that despotic acts of kings in history need not be avenged upon the present generation.
Religious hatred is a common phenomenon but the challenge is to inculcate moderation under the rubric of Democratic and Humanistic discourse.
@inrealisation Multiple voices per se is not a problem but backing it with arguments is important. You can examine "appeasement" in detail.
Hindutva has no firm theoretical bulwark nor clarity on contemporary concerns since it speaks through multiple voices http://t.co/bWhaYwci3k
@Sheks65 Your comment verbose also extends to current writing samples, I felt. So called Spiritual approach promises much but delivers little.
@Sheks65 Current writing seem to be no different
http://t.co/IBKuTkQHnx
http://t.co/J5VQkThMGu
http://t.co/9w16RNlswM
http://t.co/ifI6O40YJx

Posted by Tusar Nath Mohapatra at 12:47 AM